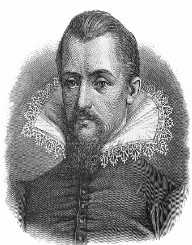 Johannes Kepler was a famous German mathematician cum astronomer who discovered that the movements of the planets around the world is ovoid in nature. He first stated the fundamental laws of the planetary motion. He was known for his works in philosophy, geometry and optics. One of the greatest achievement is that he discover the Kepler’s Star and the Kepler conjecture. He is one of the prominent astronomers, and Kepler’s crater on Mars was named after him. Apart from the astronomy, he has an impact in the field of mathematics especially in the evolution of geometry. He is known to have come up with the Kepler Triangle as well as the Kepler Problem.

Johannes Kepler was born on December 27, 1571, to Heinrich Kepler and Katharina Guldenmann, in the Stuttgart region of Germany. At that period, his family was believed to be very wealthy, but when he was born, his family’s wealth has decreased drastically. His father made a living as a mercenary and did leave his family when little Kepler was just five years old. His mother was a herbalist as well as a healer. She once attempted witchcraft for a living. Johannes Kepler was mentally and physically weak as a child, according to legend. His mathematical aptitude is highly impressive as he developed an interest in mathematics. He was later introduced to Astronomy when he was very young, and this was what he enjoyed throughout his lifetime.

He finished his grammar school in 1589 and schooled at the University of Tubingen where he proved that he is very intelligent and earned the reputation of a skilled astrologer. Johannes Kepler studied philosophy as well as theology under two renowned personalities. He is known to have learned the Copernican and Ptolemaic system of planetary motion. He gave up his wish to become the minister when he was offered a professorship job at the age of 23.

Johannes Kepler had a plan about the cosmic plan of the structure of the universe during his teaching career. He is known to have defended and demonstrated the periodic conjunction of the planets, Saturn and Jupiter in the zodiac in defense of Copernican views. He mentioned things about the geometry of the universe saying he was sure that there are polygonal ratios between the planets. His theories are based on the Copernican system, and these stemmed from his scientific and theological views. One of his works which built his reputation as a very skilled astronomer was the Mysterium Cosmographicum in 1596. It was this work that he modified later and even served as the basis for some of his future works. It was after this that he planned to work on the effect of heavens on the earth, planetary motion as well as the stationary aspects of the universe. He sent proposals out to different people and even discussed with Tycho Brahe whom he later befriended.

Johannes Kepler left where he was working due to the growth of tension which threatened his employment. He joined Tycho with whom he produced some of the most brilliant astronomy works of all time including the Rudolphine tables and Prutenic tables. The two tables above were presented to Emperor Rudolph II. However, he was appointed the imperial mathematician as well as finishing Tycho’s works after Tycho’s untimely death. He aided the emperor in a time of trouble and served as a prime astrological advisor. He later designed his telescope and called it aKepleriantelescope. He was known to have also observed the bright star, supernova star which is known to occur in a gap of 800 years.

Johannes Kepler married Barbara Muller in 1597 who was widowed twice and had five children of which two died in infancy. She passed away in 1612 after her health has deteriorated. He remarried in 1613 a 24-year-old Susanna. The first three children he had from this marriage died in infancy. It was during this time that his mother was accused of practicing infancy and imprisoned. Kepler stood by his mother throughout the period. He died before observing the transit of Mercury and Venus which he had been waiting for. He died on the 15th of November, 1630 after a brief sickness in Germany.