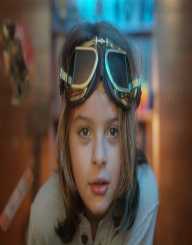 The TV industry is gradually shaping up by incorporating young talented personalities into the bigger picture. One of such talented individuals is Mace Coronel. He is a young and famous actor born on March 10th in 2004 in the New York City. He is renowned for his role in Nicky, Ricky, Dicky & Dawn. This is a 2014 sitcom where Mace Coronel stars as Dicky Harper. In addition to his TV personality, he is also famous for having featured in a number of movies, music videos, and TV commercials. Some of the TV shows that he has appeared in include Up in Arms, Hart of Dixie, The Bold and the Beautiful and many more.

Mace Coronel was born on March 10th in 2004. He stands as a living example of how young people could also take the spotlight in the film and the TV industry. When Coronel was just seven years of age, he had aspirations of one day becoming a standup comedian. What impressed him was the ability to win smiles from a large crowd of people. Unfortunately, considering his young age, there were limited opportunities in the place where he was brought up. The acting was the only option at his disposal and in 2011, he was part of an audition for a Samsung commercial. This opened up his career path in the film industry as he landed a few roles in short films that featured student’s life.

In 2013, Coronel was fortunate enough to land himself a TV guest role in Hart of Dixie. His major debut role was in the famous TV series called The Bold and the Beautiful. Coronel’s role in the series was to act as R.J. Forrester. He continued to feature in the series for up to nine episodes in the period from 2013 to 2014.

Recently in 2014, Coronel landed another major role in the American sitcom Nicky, Ricky, Dicky & Dawn. He was one of the troublesome quadruplets in the comedy series. The show was a major hit, and it had to be extended from its initial 13 episodes to 20 episodes for the first season. The success of the show during its first season has contributed to its continued success to date.

Mace Coronel’s mother is called Grace Coronel. Her mother works as an acting tutor with her classes to run. Coronel also has a younger sister.