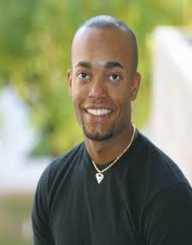 Lorenzo Nichols was born in the city of Birmingham, Alabama, on December 25, 1958. During his early childhood, he lived with his maternal grandmother in the town of Bessemer, Alabama. When he was ten years old, he left Alabama and moved to the borough of Queens, New York. There, he lived with his mother, Louisa Coleman, and his stepfather, Amos Coleman. She was a nurse’s aide, and he was a plumber.

Lorenzo Nichols dropped out of school after finishing the eighth grade. He joined the street gang Seven Crowns. He was arrested for the first time in 1972, at the age of 13. In 1976, he committed two robberies with another gang member. He was convicted for the crime and sentenced to 18 years in prison. He was released in 1980, after only three years. After leaving prison, he began to distribute cocaine and heroin. He bought the cocaine from the Italian mafia and the heroin from the Chinese mafia. He earned the nickname “Fat Cat” because of his large frame and big head.

He worked with Brian “Glaze” Gibbs, Howard “Pappy” Mason, and Joseph “Mike Bones” Rogers. The headquarters of his operation was Big Mac’s Deli, a business that he inherited from his father-in-law. In 1982, his older sister Viola began to cook cocaine for him.

In 1985, the police raided Bug Mac’s Deli and the home of Louisa Coleman. They arrested Lorenzo Nichols for possession and distribution of drugs. He was put into custody, but he kept operating his business. His parole officer, Brian Rooney, was murdered later that year. Nichols claimed that he only ordered for him to be attacked, but not killed. In 1986, he ordered the murder of Isaac Bolden, a man who had robbed his girlfriend, Karolyn.

In May 1987, his wife Joanne was kidnapped, but he paid the ransom. In December 1987, he ordered the murder of Myrtle Horsham, his ex-girlfriend and the mother of his son. He had her killed for stealing his money. He left their son in the yard of his maternal grandmother. Later that month, he ordered the murder of Maurice Bellamy, the mother of a man who testified against him in court. In January 1988, his associated killed police officer Edward Byrne. In August 1988, his mother, stepfather, wife, and sister were arrested for taking part in his drug business.