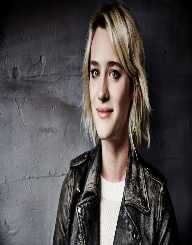 Mackenzie Davis was born on December 30, 2002, in Hagerstown, Maryland, USA. She also has a sister, Katelyn, and three step-siblings.

As a child, Mackenzie Davis loved to sing and dance. Before working in front of her computer camera, Davis performed on the stage. She as in a production at the Warner Theater in the play, Brother of the Knight.

Going by the name RaddestRedHead, Mackenzie Davis earned fame on the music site musical.ly. She has over three million fans on the website. Since she posts many videos, she is what the site calls a Muser. On the site, she posts videos of herself lip syncing to popular music as well as posting dance videos of herself and her friends. She has performed with many other musical.ly stars, including Andrew Hale. Some other famous Musical.ly stars that she is often associated with are Baby Ariel and Loren Gray.

Her fame is not limited to just a couple of social media websites. Mackenzie Davis also has a high following on YouTube. Her channel is called dancingwithmackenzie. On her channel, she posts a variety of videos in which she dances, teaches viewers how to dance, and posts other types of tutorials. She has over 200,000 subscribers for her Youtube channel. Some of her most popular Youtube videos are actually just tips on how to succeed on the Musical.ly site. One video titled How to get Featured on Musical.ly, suggests ways for other teens to get popular on this app. Many of her tutorials are also based around the Musical.ly site. Aside from posting on other social media sites, her videos teach viewers how to work on their flexibility and dance moves.

In 2015, Mackenzie Davis set up her own YouNow channel. On this website, she also goes by the username RaddestRedHead. She worked on this site for a while before joining Musical.ly. Her account on this site is not as popular as her Musical.ly profile, as she does not use it as much.

Mackenzie Davis also has accounts on Twitter and Instagram where she posts pictures of herself and her friends. Her Instagram is extremely popular. On this site, she has over 400,000 followers who love the pictures and videos that she shares.

All of her fame on the social media websites may not seem like much of an accomplishment to some, but it has earned her both fame and fortune. Aside from her millions of fans, her videos have also earned her a fair amount of cash. It is estimated that she is already worth about $400,000. Being only 14 years old (as of 2017) that’s not a bad number at all. As her fame continues to grow, her fortune is sure to grow with it.

Mackenzie Davis’s social media accounts are so popular that they have inspired fan accounts. There are many blogs on Tumblr, accounts on Instagram and Twitter, and fan pages on Facebook that post pictures of the young star and share her videos in hopes that more people will grow to love this rising social media sensation.