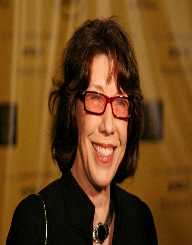 From a stand-up comedienne to an Emmy Award nominee, Lily Tomlin has a successful acting career that is more than three decades long.

She is also a writer, producer and a Broadway artist. She famously portrayed the character Ernestine, a snobby telephone operator.

She is the only woman comedienne to do one-woman stand-up comedies, and that too, with great success.

Lily Tomlin was born as Mary Jean “Lily” Tomlin on September 1, 1939, in Detroit, Michigan. Her father Guy Tomlin worked in a factory, while her mother Lillie was a housewife.

Shortly before her birth, her family migrated to Detroit from Kentucky, during the years of the Great Depression. She has a sibling brother, Richard.

After a play audition, her interest in theatre increased so much that she changed her major. After graduating from college, she studied acting at the HB studio.

Soon Lily’s talent found a wider audience when she was cast in the TV show Music Scene in 1969. In the same year, she joined Laugh-In and portrayed several characters, some of whom she created herself.

Tomlin’s career skyrocketed from here, and over the next four years, she appeared on television as Ernestine the haughty telephone operator, Edith Ann, Mrs. Judith Beasely, Bobbi-Jeanine, The Advocate Lady, Susie the Sorority girl, and more characters.

Lily Tomlin released four comedy albums from 1972 to 1977. Her first album This is a Recording charted at #15 on Billboard Hot 200 and won her a Grammy Award for Best Comedy Recording.

Her other albums And That’s the Truth, Modern Scream & Lily Tomlin on Stage were also well received and earned her Grammy nominations.

Lily Tomlin’s movie career started in 1975 when she appeared as Linnea Reese in Nashville. She did several films over the next few years including The Late Show, Moment by Moment, and All of Me.

Her most famous movie appearance was in the film 9 to 5, a vengeful comedy released in 1980. The film was a major box-office success.

Tomlin has also appeared in films like Big Business, and Shortcuts. Her latest film, Grandma was released in 2015 and earned her a Golden Globe nomination.

Lily Tomlin’s later career has been focused mainly on Television. She has appeared in several recurring and guest roles in the late 2000s.

She voiced Mrs. Fizzler in the animated series The Magic School. She had two recurring roles – one in Will & Grace and the other as Roberta, in Desperate Housewives.

Tomlin had a guest appearance in the HBO series, Eastbound & Down. She also appeared in Malibu Country.

In 2017, she received the Lifetime Achievement Award at the Screen Actors Guild Ceremony.

She has also won a Women in Film Crystal Award, the Mark Twain Prize, and the Lucy Award.

Lily Tomlin does not follow any religion. She is homosexual. She met her partner Jane Wagner in 1971. The two collaborated on a project, with Jane working as a writer. Tomlin has been open about her sexual orientation. After being together for 42 years, the couple married in 2013 in Los Angeles. They have collaborated on many projects, with Jane writing for the most famous characters portrayed by Tomlin.