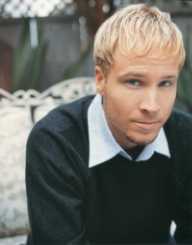 Brian Thomas Littrell was born on February 20th, 1975. He is famous for being an American singer, actor and a songwriter. He got high acclaim for being a member of Backstreet Boys. Littrell has also ventured into Christian music, an area that has also brought him success. Over his long successful singing career, Littrell earned himself a spot at the Kentucky Music Hall of Fame in 2015.

Brian Littrell was born on February 20th, in 1975. His birthplace was in Lexington, Kentucky. He is the son of Harold Baker Littrell, Jr. and Jackie. Littrell has an older brother named Harold. Kevin, a member of Backstreet Boys, was also his cousin. When Littrell was young, he was born with a heart problem that almost took his life away when he was five years old. His health challenges contributed to Littrell finding consolation in signing music more so in church choirs. With time, he found himself performing in plays and musicals organized by the school. Outside of school, he also performed in wedding parties. Growing up, he had a vision of attending Cincinnati Bible College and later become a minister. Nonetheless, life had a different fate for him.

Kevin Richardson, Littrell’s cousin, invited him to audition for the new pop group in town. This was the Backstreet Boys. Littrell, therefore, joined the group on April 19th, 1993. He was to become the fifth member of the group. Other members were Nick Carter, Howie Dorough, AJ McLean and his cousin Kevin. During their initial performances in the United States, the band did not receive much acclaim. However, their manager focused on marketing them across Europe. They gained their commercial success in 1995. They had become famous all over Europe, Latin America, Asia and the U.S. by late 90s and early 2000. Four albums were released during this successful period. These albums included Backstreet Boys, Millennium, Black & Blue and Backstreet's Back. Their highly successful album, The Hits: Chapter One followed next. The band took a break before coming back with four albums namely Never Gone, Unbreakable, In a World Like This and This is Us.

In between success with Backstreet Boys, Littrell found time to record Christian songs that he had yearned to create all along. In 2006, he released his Christian debut music album called Welcome Home. The album performed well as it was ranked third on the Christian charts. In the United States, this album was ranked as No. 1 in the Inspirational Chart. Later on, it was ranked among top 200 Billboard as number 74. His inspirational Christian music earned Littrell Gospel Musical Association- GMA award. He got this award in 2006 and in 2006 for recording the most inspiring song of the year. In 2008, he also took home a GMA award for having the Special Event Album of that year.

Brian Littrell met his future wife, Leighanne Wallace while shooting the music video for "As Long As You Love Me." This was in 1997. Wallace was the costume designer at that time. Three years down the line, the two tied the knot on September 2nd, 2000. They were blessed with their first born son in 2002 named Baylee.