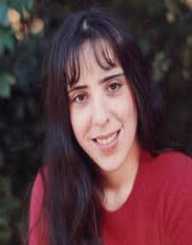 Laura Nyro was born on October 18, 1947, in The Bronx, New York City. She was an early 1960s American pianist, songwriter, and musician. Her genres included R&B, pop, jazz, doo-wop, and rock & roll. Her most recognized and hit labels included ‘Eli and the Thirteenth Confession’ (1968) and ‘New York Tendaberry’ (1969). She died in 1997 of ovarian cancer.

Laura Nyro was born on October 18, 1947, in a family of two in The Bronx, New York City. She was the daughter of Louis Nigro who was a pianist and Gilda Nigro who worked as a bookkeeper. As she grew, Nyro learned how to play the piano and also read a lot of poetry.

She was able to do her composition at the age of eight. She accompanied her father in most of his shows where he played the trumpet and piano. She attended the New York Society for Ethical Culture Sunday school for her first education.

She later joined Manhattan High School of Music & Art where she met a group of friends and formed a singing group. They used to sing in subways and streets and impressed many passers-by. Her uncle and aunt encouraged her to pursue her career and even took part in supporting her education.

When his father met record company executives Artie Mogull and Paul Barry in 1966, he told the about Nyro. Laura Nyro got the chance to audition before the two icons and signed a contract with them. Nyro began her production at the age of seventeen writing the song ‘When I Die’ which she sold for 5,000 US dollars.

With Mogul and Paul as her managers, she released her album titled ‘More Than a New Discovery’ in 1967. At the age f 18, she officially adopted the name Nyro which was her stage name. She appeared in her second live performance at the Monterey Pop Festival in 1967. By this time, she had become famous which led to David Geffen taking over as her manager. Together with Geffen, the publishing company known as Tuna Fish Music was established, signing also an equal share contract of the profits.

As a shareholder at Tuna, she became independent and able to sign her labels. Her second album ‘Eli and The Thirteenth Confession’ was released in 1968 and received much acclaim as one of her best alba. ‘New York Tendaberry’ followed in 1969 with much more artistic features and vocal praise.

Geffen and Laura Nyro opted to sell their publishing company Tuna to CBS. They signed a 4.5million US dollars sale out a deal which they shared equally among themselves. By this time, Nyro had gained financial stability as a millionaire.

In 1970, she did her fourth album ‘Christmas and The Beads of Sweat’ featuring Duane Allman.  Shortly in 1971, Nyro resorted to an early retirement at the age of twenty-four stating that she was unable to maintain her celebrity status. However, she re-embarked to play music in 1976 when she released the album ‘Smile’ and later in 1977 the ‘Seasons of Light’ musical tour.

Laura Nyro released another album in 1978 titled ‘Nested’ and again due to pregnancy took a break from music until 1984. She later released ‘Mother’s Spiritual’ in 1984 and ‘Laura: Live at the Bottom Line’ in 1989. After her final album release ‘Walk the Dog and Light the Light’ in 1993, she began musical tours.

Laura Nyro first met singer Jackson Browne in late 1970 and dated him until early 1971. She was later married to David Bianchini in October 1971 and for three years lived in Massachusetts before they separated in 1975.

She lost her mother in 1975 shortly after her divorce. She had an affair with Harindra Singh in 1978 with whom they had a son. She was later married to Maria Desiderio in 1980 and remained married for seventeen years.

Laura Nyro was diagnosed with ovarian cancer in 1996 and died on April 8, 1997, at the age of forty-nine in Danbury, Connecticut. She was inducted into the Rock and Roll Hall of Fame in 2012.