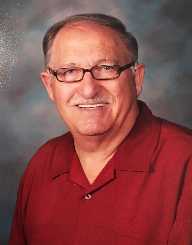 Larry Clark is an American photographer, director, and producer best known for his work on teenagers engaging in questionable activities.

Lawrence Donald Clark was born in the city of Tulsa, Oklahoma on January 19, 1943. His father was a salesman who was often on the road and did not spend much time at home. His mother was a baby photographer, and he started working with her at the age of thirteen, beginning to learn the craft along the way. He studied photography at the Layton School of Art in Milwaukee, Wisconsin. In 1964, he was drafted to serve in the Vietnam War, as a part of a division that supplied ammunition to units fighting in the north.

After returning from the war, Larry Clark started working as a freelance photographer in New York City. From 1963 to 1971, he often used his camera to document himself with his friends using drugs. He published the resulting photographs in the collection called “Tulsa,” managing to shock people by showing that drug use was common in suburban communities, and not just urban settings.

In 1983, he published “Teenage Lust,” a collection of pictures of teenagers using drugs and having sex. The photographs were based on his own life and experiences but depicted through other people.

Clark's photographs can now be found as part of public collections at a few different museums such as the Museum of Photographic Arts, the Whitney Museum of American Art, and the Museum of Fine Arts in Boston.

Larry Clark's directing career began in 1993 when he directed the music video for “Solitary Man” by Chris Isaak.

In 1995, Clark directed his first and most famous film, Kids. The story revolves around a group of teenagers in New York City involved in the skateboarding subculture. There are plenty of scenes depicting casual consumption of alcohol and drugs, as well as graphic sexual scenes.

After that, Clark continued working as a director and producer, releasing several few films over the next two decades, including Bully, Teenage Caveman, Marfa Girl, and others.

Larry Clark's work has been the subject of differing opinions from viewers. Some consider it to be exploitative and borderline child pornography; others believe it is an accurate representation of the harsh realities of life and youth culture.

Overall, professional critics have had a positive response to Clark's films, giving him good reviews. He has also won several awards at film festivals, such as the Stockholm Film Festival, the Rome Film Festival, and the Cognac Festival du Film Policier. He has also been nominated for the Golden Palm and the Golden Lion. Directors like Martin Scorsese and Gus Van Sant have admitted to being inspired by his early work.

Larry Clark has struggled with drugs his entire life. That is the reason drug abuse is the most frequent topic in his work. He first started injecting amphetamines with his friends in 1959, when he was only sixteen years old. In an interview in 2016, he revealed that although he had been a lifelong drug user, he still managed to stay completely sober during the making of his films, making sure not to compromise the production.