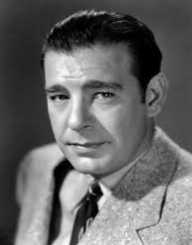 Lon Chaney Jr. was an American film and television actor.

Creighton Tull Chaney was born in Oklahoma City on February 10, 1906. His father was Lon Chaney, a famous actor, and stage performer. His mother was Frances Creighton Chaney, a singer, and performer. In 1913, his parents divorced and sent him to live in a boarding school. In 1916, he returned home to live with his father and stepmother. As an adult, he decided to stay away from the entertainment industry and started working for a plumbing company.

In 1930, Chaney’s father died of lung cancer. That inspired him to follow his path and become an actor as well. He initially used his birth name, Creighton Chaney. He had small roles in the films Bird of Paradise, The Galloping Ghost, and The Most Dangerous Game. He starred in several Western films, such as Son of the Border and Scarlet River.

Apart from acting, he also did a lot of stunt work in films. In 1934, he took his first lead role in the independent film Sixteen Fathoms Deep. After this, he decided to use a stage name, Lon Chaney Jr.

In the mid-1930s, Lon Chaney Jr had small roles in many films. He starred in comedies such as Passport Husband, Angel’s Holiday, and Life Begins in College. He also starred in crime films such as Speed to Burn and That I May Live. In 1939, he had his first major role in the drama film Of Mice and Men. In 1941, he took the lead role in the horror film The Wolf Man.

In the 1950s, Chaney had many supporting roles. He appeared in the Western films The Indian Fighter, The Boy from Oklahoma, and Springfield Rifle. He also appeared in the horror films Bride of the Gorilla, The Cyclops, and The Black Castle. Around this time, he also became active as a television actor. He starred in several Western series, such as The Texan, Tombstone Territory, and The Rough Riders. In 1957, he took one of the lead roles in the historical TV series Hawkeye and the Last of the Mohicans. In 1959, he hosted the horror anthology series 13 Demon Street.

In the 1960s, Chaney mostly worked on horror and Western films. His Western films included Law of the Lawless, Welcome to Hard Times, Young Fury, Apache Uprising, and Black Spurs. His horror films included House of Terror, Gallery of Horrors, The Haunted Palace, Spider Baby, and The Devil’s Messenger.

Around this time, he also appeared in numerous Western TV series. They included Wagon Train, Lawman, The Rifleman, Empire, The Deputy, Bat Masterson, and Johnny Ringo. He also starred in the sitcom The Monkeys, the drama series Route 66, and the crime series Lock-Up. In 1971, he had his final roles in the films The Female Bunch and Dracula vs Frankenstein.

After decades of smoking, Lon Chaney Jr suffered from throat cancer and heart disease. Lon Chaney Jr died in his home in California on July 12, 1973. He was 67 years old and donated his body to medical research.

In 1997, the U. S. Postal Service launched a series of stamps featuring film monsters. One of them featured Chaney in his role as the Wolf Man. In 1999, he received a Golden Palm Star at the Palm Springs Walk of Stars.