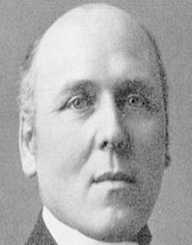 Best remembered for his influence in children's education, Howard Pyle was born in Wilmington on 5th March 1853. His most famous book is The Merry Adventures of Robin Hood written in 1883.

As a child, Howard Pyle read a dozen adventure stories including Grimm's Fairy Tales which influenced his career life. He went to private schools where his interest in drawing was not a secret.

Howard Pyle mother encouraged him to study art after realizing his son's talent. He never went to college instead of choosing study art in Philadelphia, where he spent three years.

Howard Pyle s parents were William Pyle and Margaret Churchman Painter. It is thought that Pyle’s drawing talent was inspired by his mother who read him fairy tales and fables.

He tied not with Anne Poole on 12th April 1881. The two went on to have seven children together. He, however, lost one of his children, Sellers, in 1889 while he was on tour to Jamaica with his wife, Margaret.

Howard Pyle is widely recognized as the father of American illustrations. His major works included writing fables, fairy tales and a variation of many stories.

His visit to Chincoteague in 1876 changed his life. He did an article about the island he visited Scribner Monthly magazine. Roswell Smith, one of the magazine's staff, encouraged him to pursue illustration professionally.

After several failed attempts to get his illustration published, Harper Weekly had his work published; he was paid $75 an amount he never anticipated.

Since his first breakthrough, Howard Pyle's career took an upward trend. Some of his own stories and illustrations include The Many Adventures of Robin Hood published in 1883.

He started his art and illustration school after being an illustration teacher at Drexel Institute of Art for six years.

Howard Pyle's illustrations attempted to show European history in the 18th century. Pyle's artistic work was unique; it had a combination of historical accuracy and personal experience.

Pyle's most memorable images are those showing the past and present history of the United States. He used his illustrations to portray American Colonial Revival.

With the intention of studying old masters, Howard Pyle moved his family to Italy in 1910, where his health started deteriorating.

Howard Pyle was later diagnosed with a kidney infection. It was on November 11, 1911, when Howard Pyle died.