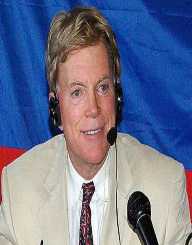 David  Duke is an American politician, white nationalist and the former Imperial Wizard of the Ku Klux Klan. Born on July 1, 1950, he is an anti-Semitic conspiracy theorist and was convicted of a felony. David  Duke was a member of the Democrat but later switched his political affiliation to become a Republican member. With this, David  Duke won the seat of Louisiana to become States Representative after previously running on the Democrat ticket for the Senate. David  Duke, however, unsuccessfully ran for the Louisiana State Senate, United State Senate, United States House of Representatives and as Louisiana Governor.

David  Duke once contested for both Republican and Democrat presidential candidacy. First was during the Democratic presidential primaries in 1988 and at the Republican in 1992. He pleaded guilty to a felony and defrauding supporter by pretending to be in financial difficulties. The proceeds were however used for investments and gambling trips. David  Duke was an advocate against what he termed Jewish control of the media, Federal Reserve Bank and the US Federal government. David  Duke was in support of anti-communism, preservation of Western culture and traditionalist Christian family values, voluntary racial segregation, white separatism and the abolition of the Internal Revenue Service.

David Duke was born to David Duke Sr. and Maxine Crick on July 1, 1950, in Tulsa, Oklahoma. His father was an engineer for Shell Oil Company, which afforded the family to travel around the world. The family lived in the Netherlands for a while and later settled in Louisiana. David  Duke made friends with William Luther Pierce, leader of the white nationalist and anti-Semitic National Alliance and would remain influential in his life. In 1967, David  Duke became a member of the Ku Klux Klan (KKK). He enrolled at the Louisiana University, Baton Rouge in 1968.

Two years later, David  Duke founded the White Youth Alliance, a white student group, affiliated with the National Socialist White People’s Party. In the summer of 1971, he visited his father in Laos, where with the assistance of his father gained a job teaching English to Laotian military officers. He was, however, dismissed just after six weeks when he drew a Molotov cocktail on the board.

David  Duke was arrested in New Orleans for inciting a riot in January 1972. He took part in of the several racial confrontations during the month in Crescent City of which he took part in one at the Robert E. Lee Monument with the likes of Rene Lacoste and Addison Roswell Thompson. The three dressed in a Klan robe and placed a Confederate flag at the monument. This attracted the Black Panther to pelt bricks at them, and the prompt arrival of the police saved the situation. David  Duke graduated from the University in 1974. Duke formed the Knight of Ku Klux Klan after his graduation.

In 1975, David  Duke ran on the ticket of the Democrat for the Louisiana Senate. Although he did a thorough campaign especially on university campuses including Indiana University, Stanford University, Tulane University and Vanderbilt University, David  Duke had 11,079 of the votes representing one-third of the total vote cast. David  Duke tried for the again in 1979, for the District Senate seat but had 9,897 representing 26 percent of the votes. Within that period, other Klan members accused him of misappropriating monies belonging to the organization.

The Klan’s Florida leader, Jack Gregory in an interview with Clearwater Sun said, "David  Duke is nothing but a con artist" after Duke refused to hand over proceeds from Klan rallies to the Knights in 1979. Jerry Dutton, another member, accused Duke of using the organization’s money to refurbish his Metairie home, but Duke justified the act, saying his home was mostly used by the Klan.

David  Duke first attempt in his presidential bid was contesting in the 1988 Democratic presidential primaries. However, he failed to make any positive impact but was later successful in obtaining the candidacy of the Populist Party. David  Duke appeared on the ballot for 11 states and as a write-in candidate in others, a vice president in Trenton Stokes of Arkansas and as on others with Floyd Parker for vice president.

David  Duke performed abysmally obtaining 47,047 votes, representing 0.04 percent of the total national votes. After a switch to the Republican Pary in 1990, David Duke decided to seek the nomination of the party for president during the Republican 1992 presidential primaries. The party officials tried to block his candidature but were later allowed to participate. David  Duke polled just 119,115 representing 0.94% votes. The ska punk band Skankin’ Pickle composed the song "David  Duke Is Running For President" for his campaign.

Louisiana House Seat And Others

After the first successful presidential bid, David  Duke switched from the Democratic Party to join the Republican in December 1988. That same year, the Charles Cusimano the Republican State Representative of Metairie, resigned District 81 seat to become a 24th Judicial District Court judge. This necessitated a special election in 1989, and David  Duke took advantage of that to contest for the seat on the ticket of the Republican. David  Duke faced opponents like Dalton Charles, Roger F. Villere, Jr and John Spier Treen.

After the first primaries, David  Duke had3,995 votes representing 33.1% finishing first, but the election went on runoff since no one had the majority of the votes. The runoff was between David  Duke and Treen who polled 2,277 votes 18.9% in the first round. Even though Treen gained the support of President George H.W Bush and Ronald Reagan and other prominent Republican members, Duke was able to sail through polling 8,459 votes (50.7%), to defeat Treen, who polled 8,232 votes (49.3%). His election was challenged due to claims by the No Party Freshman legislator, Odon Bacque of Lafayette, with claims that Duke had stayed outside his district at the time of his election. Treen unsuccessful in a court challenge of Duke’s residency, hence, he was seated.

David  Duke served as the Louisiana Representative from 1989 to 1992. In 1990, he unsuccessfully tried to become a US Senator and also failed in an attempt to become the governor of Louisiana in 1991David  Duke ran again for the US Senate in 1996 after Senator Johnston retired in 1996. David  Duke received 141,489 votes representing 11.5%.In 1999, Duke contested for the ticket of the Republican for Louisiana's First Congressional District after the resignation of Bob Livingston.

David  Duke failed to gain the necessary votes to compete in the runoff as he fell third with 19 percent of the votes. His candidature was met with disapproval from many Republican and the Chairman at the time, Jim Nicholson stated that "There is no room in the party of Lincoln for a Klansman like David  Duke" He once again contested for the United States Senate seat in Louisiana but had just 58,581 votes, which was three percent of the total votes.

He was also accused of filing a false 1998 tax return... David  Duke used the money for personal investments and gambling trips... [T]he [supporter] contributions were as small as $5 and [according to the United States Attorney, Jim Letten] there were so many that returning the money would be 'unwieldy.'" David  Duke was sentenced to 15 months in prison with a fine of US$10,000 with an order to cooperate with the Internal Revenue Service to pay all outstanding taxes. He served his term in the Big Spring, Texas.

David Duke married Chloe Eleanor Hardin in 1974. The two met as members of the White Youth Alliance and became lovers throughout college. They had two children, Erika and Kristin. The couple divorced in 1984. Duke was expelled from Italy upon the ruling of an Italian court in 2013. Despite being a legal resident, it was later discovered that residence ban had been placed on him by Switzerland and that was applicable throughout Europe Schengen Area.