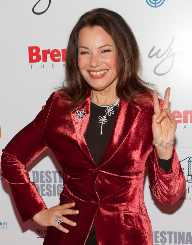 Francine Joy Drescher is an award-winning American actress, producer, and activist. Born on September 30, 1957, rose to fame with her role as Fran Fine in the TV series The Nanny, 1993 to 1999. Her performance gained her nomination for Golden Globe Awards for Best Actress in a Comedy Television Series and two Emmy Awards. Making a film debut in the blockbuster film Saturday Night fever in 1977, Drescher cemented a credential of being as a talented actress, and that came with several other opportunities. She had roles in American Hot Wax, 1978 and Stranger in Our House. The versatile actress went into comedy acting and made a name for roles in The Hollywood Knights, 1980, and This Is Spinal.

Drescher made a Broadway debut in February 2014. As an activist, Drescher is an advocate for LGBT rights and has been critical on healthcare issues. She worked for the U.S. State Department as a Public Diplomacy Envoy for Women’s Health Issues under the John W. Bush administration. Dresher was a cancer uterine cancer patient and wrote the book Cancer Schmancerafter that experience.

Francine Joy Drescher was born on September 30, 1957, in Kew Gardens Hills, New York to Sylvia and Morty Drescher. Mort was naval system analyst for the U.S. Navy and Sylvia a bridal consultant and her. She started her education at Parsons Junior High School, and that was when she gained interest in acting. She then went to the Hillcrest High School in Jamaica, Queens graduating in 1975. While there, she joined the school’s drama club and performed in several show schools. It was at Hillcrest that she met future husband Peter Marc Jacobson while in Hillcrest. Drescher was also a classmate of comedian Ray Romano. Graduating from high school, Drescher and Jacobson enrolled at the Queens College, City University of New York. After the first year, they dropped out and enrolled in cosmetology school.

While at the cosmology school,  Drescher and Jacobson were also going for auditions for acting opportunities. At a point, the two had to learn hairstyling in order to support themselves. Drescher finally made an acting debut playing a minor role as dancer Connie in the blockbuster movie Saturday Night Fever in 1977. This role opened the door for other opportunities as she began to get other roles. She played roles in American Hot Wax and Summer of Fear in 1978. As a character actress, Drescher played roles in films like The Hollywood Knight, 1980, Doctor Detroit, 1983, UHF, 1984 and Cadillac Man in 1990. In 984, she played Bobbi Flekman in This Is Spinal Tap and continued with a role in an episode of Who’s the Boss? in 1985.

The Nanny And Later Career

Drescher memorable role and an acting breakthrough was in the television show, The Nanny in 1993. She worked with her then-husband Jacobson to create the show, and it was aired on CBS until 1999. Drescher played the role of Fran Fine a nanny of upper-class children, Margaret played by Nicholle Tom, Grace Sheffield by Madeline Zima and Brighton by Benjamin Salisbury. The role brought her much attention and was nominated for two Golden Globes awards and to Emmy winning one. Drescher also appeared in films like Jack, 1996, The Beautician and the Beast, 1997 and Picking Up the Pieces in 2000. Drescher made several other appearances playing television roles in shows like Good Morning, Miami, 2003, Living with Fran, 2005 and Thank God You’re Here.

She developed the daytime talk show The Fran Drescher Tawk Show in 2010. The show was dropped after receiving moderate success. She then came up with Happily Divorced with former husband, Jacobson. It was premiered on TV Land on June 15, 2011, and ran for ten episodes. The second season also had 24 episodes and ran on TV Land until it was canceled in August 2013.

Drescher made a Broadway debut in by replacing Harriet Harris for the role Madame in Cinderella on February 4, 2014. She played it for ten weeks.

Drescher is an author and writer of the book Cancer Schmancer after her battle with uterine cancer. The book is to create awareness of the signs of cancer. She also formed the Cancer Schmancer Movement aimed at ensuring that women get proper diagnoses of their cancers during the developing stage. Drescher was appointed Public Diplomacy Envoy for Women's Health Issues in 2008 under the George W. Bush Administration.

Francine Joy Drescher was married to her high school lover Peter Marc Jacobson on November 4, 1978. They had no children and divorced in 1998. She then married scientist and politician, Shiva Ayyadurai in a ceremony at the Drescher's beach house on September 7, 2014. They divorced two years later. Drescher is a rape victim. She and a friend were raped at gunpoint during an armed robbery incident in her Los Angeles apartment in January 1985. He then husband Jacobson was tired up, beaten and forced to witnessed the incident. On June 21, 2000, Drescher was diagnosed with uterine cancer after an admission at the Los Angeles Cedars Sinai Hospital. This was after a misdiagnosing by eight doctors two years before. She underwent an immediate hysterectomy to treat the disease. She has been fine since then.

Francine Joy Drescher has received several awards including the Gilda Award, the Hebrew University Humanitarian Award, the John Wayne Institute's Woman of Achievement Award, Albert Einstein College of Medicine's Spirit of Achievement Award and the City of Hope Woman of the Year Award. She also has the City of Hope Spirit of Life Award and "My Aid Award" for her achievements in support of cancer prevention and rehabilitation.