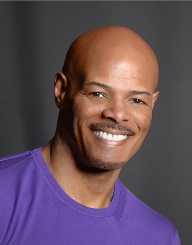 Keenen Ivory Wayans is an American comedian, actor, and producer.

Keenen Ivory Desuma Wayans was born in Harlem, New York City, on June 8, 1958. His father, Howell, was a supermarket manager. His mother, Elvira, was a social worker. They were Jehovah’s Witnesses. He got a scholarship to study engineering at Tuskegee University in Alabama. He dropped out just one semester before graduation, with the intent of becoming a comedian.

Keenen Ivory Wayans began performing stand-up comedy at different venues in New York City, including the club The Improv. In 1980, he moved to Los Angeles. He had small roles in the drama films Star 80 and For Love and Honor, as well as the sitcom A Different World. In 1987, he wrote his first film, Hollywood Shuffle. He also collaborated with the famous actor Eddie Murphy on his stand-up comedy film.

In 1988 Wayans directed his first film. It was called I’m GonnaGit You Suck, and it was a satire of the stereotypical representations of African Americans. The film received great reviews from critics. It also captured the attention of the Fox Network, which soon offered Wayans his show.

In Living Color was aired in 1990. Wayans wrote, produced, and starred in it. The show consisted of different comedy sketches, starring a mostly black cast. It launched the careers of famous actors and comedians, such as Jamie Foxx and Jim Carrey. The pop star Jennifer Lopez was one of the dancers.

The show was very popular in the first two seasons, and it even earned Wayans an Emmy Award. After that, the ratings started to go down. It was canceled in 1994.

In 1997, Wayans started his talk show. He had a few popular guests, such as Whitney Houston, Samuel L. Jackson, and Jada Pinkett Smith. Still, it was canceled after less than a year. Wayans continued to produce and star in different films. His biggest success was the horror comedy Scary Movie. He directed it, and he took on the role of a slave.

The film became hugely successful at the box office. In 2001, he directed its sequel, Scary Movie. After that, he left the franchise. Three more sequels were made, but he did not take part in them.

Wayans’ second most successful film was the comedy White Chicks. It came out in 2004, and it depicted the story of two African-American policemen who had to dress up as white women and go undercover.

After this, Wayans produced three more films. He appeared in the sitcom Happily Divorced. He was also served as a judge on the talent show Last Comic Standing.

Keenen Ivory Wayans has nine siblings. Five of them are also comedians, actors, and producers, and they’ve often collaborated with him. They include his brothers Dwayne, Damon, Marlon, and Shawn, and his sister Kim.

Wayans has four daughters, named Jolie, Nala, Bella, and Daphne, and a son named Keenen. He was married from 2001 to 2006.