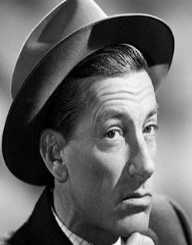 Songwriter Hoagy Carmichael was born Hoagland Howard Carmichael on the 22 November 1899 in Bloomington, Indiana in the United States. His father, Howard Clyde Carmichael, was an electrician and his mother, Lida Mary Robison, a pianist.

When he was a child, his mother taught him to play the piano, and it became an essential part of his life. In 1916, the family moved to Indianapolis, and during this time Hoagy Carmichael met Reggie DuValle, an African-American pianist who introduced him to jazz music and gave him piano lessons.

Carmichael had a sister, Joanna, who died during the flu epidemic of 1918 when she was three years old. He also had a sister Martha, who married the writer John Clayton and another sister Georgia.

The family moved interstate frequently when Hoagy Carmichael was growing up, but he finished his education at Bloomington High School in 1919.  In 1920, he enrolled at Indiana University in Bloomington and obtained a BA in 1925, followed by a law degree in 1926.

To supplement the family income, Hoagy Carmichael did various menial jobs as a teenager before discovering that he could earn money by playing the piano. His first paid gig was at a college dance in 1918. At university, founded a jazz band, Carmichael’s Collegians which was popular on campus.

It was during his university years that a fellow student gave him the nickname Hoagy. He also met the cornetist Leon Beiderbecke who became a close friend and musical inspiration.

In 1925, one of Carmichael’s compositions, Riverboat Shuffle, was recorded by Beiderbecke’s jazz band, the Wolverine Orchestra. Around that time, Hoagy Carmichael made his first recording. After graduating from law school, he obtained a job in Florida and relocated there for a year in 1926. He returned to Indiana in 1927 and worked for a local law firm, but at that stage, music was beginning to be his primary focus.

In 1929, Hoagy Carmichael moved to New York City. Working in a brokerage house, he continued compositions and got involved in the city’s music scene. Around this time he met Louis Armstrong, Benny Goodman, and the Dorsey Brothers. From 1929 to 1934, Hoagy Carmichael recorded with Victor Records, composing tunes such as Rockin’ Chair and One Night in Havana.

In 1930, he recorded Rockin’ Chair (May 1930) and Georgia On My Mind (September 1930) with Beiderbecke in his band. Beiderbecke died of pneumonia the following year. In 1933, he began collaborating with the young lyricist Johnny Mercer. The pair had a hit with Lazy Bones in 1933. Carmichael’s composition Moonburn was used in the film Anything Goes in 1935 and 1936, another of his compositions, Little Old Lady, was used in The Show Is On, on Broadway. Hoagy Carmichael made over 30 recordings with Victor Record including Rockin’ Chair (1930)  and Lazy River (1931).

In 1936, Hoagy Carmichael moved to Hollywood. After moving to Hollywood, Carmichael became known to the general public through his work in the film industry. He acted in fourteen films including Young Man With a Horn, The Best Years of Our Lives. In the 1940s, he was the host of the musical variety radio shows and between 1946 and 1948, he hosted The Hoagy Carmichael Show on CBS. Carmichael and Johnny Mercer had a hit with In the Cool, Cool, Cool of the Evening in the 1951 film, Here Comes the Groom. He frequently appeared on television as a guest star and voice actor including an episode of The Flintstones.

Hoagy Carmichael also acted in the Western, Laramie (1959-1963). During the 1950s, his career stalled as the public’s musical taste was influenced by rock and roll. Famous artists such as Ray Charles continued recording his compositions.

Hoagy Carmichael became a member of the American Society of Composers, Authors and Publishers (ASCAP) in 1931. In 1971, Carmichael was inducted into the Songwriters Hall of Fame. There is a statue of Carmichael in his hometown of Bloomington. In 2007 he was posthumously inducted into the Gennett Records Walk of Fame, and there is also a mural of him in Richmond, Indiana.

Hoagy Carmichael's first wife was Ruth Meinardi, and the couple had two children together. They divorced in 1955. He later married Wanda McKay (m.1977).

He died of heart attack on the 27 December 1981 on California.