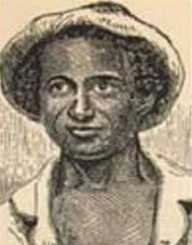 Solomon Northup was born on July 10, 1807. He was an American abolitionist. He is also the author of the memoir ‘Twelve Years a Slave.’ He was born a freeborn in New York.

Solomon Northup was an African American who was the son of free slaves. In 1841, he went to Washington DC where he was kidnapped and drugged and then sold as a slave against his will. He was a slave for a planter in Louisiana for twelve years.

In 1853, he regained his freedom after he was helped by a Canadian who sorted his family in New York and the New York authorities also helped facilitate his liberty. He died in 1863 at the age of fifty-seven.

Solomon Northup was born on July 10, 1807, in Minerva, Essex County in New York. He was born to Mintus who was a freed slave and his wife who was a free woman of color. Solomon was brought up alongside his brother, Joseph.

His father was a farmer, and he owned his land hence he was considered fully free and independent. His father was also among some of the black men who were allowed to vote at that time.

When he was young, Solomon Northup worked at his father’s farm together with his brother. He also received an education to the level considered necessary for black folks at that time. Mintus died on November 22, 1829, and was buried at Hudson Falls Baker Cemetery.

In 1828, Solomon Northup married Anne Hampton with whom he had three children, Margaret, Alonzo, and Elizabeth. They lived in Fort Edward and Kingsbury in Washington County, New York.

The family owed a farm in Hebron and did menial jobs to support themselves. Solomon did different kinds of odd jobs to provide for his family. He once worked as a fiddler and a raftsman.

Anne, on the other hand, was an excellent cook. In 1834, they sold their farm and moved to Saratoga Springs in New York for better employment opportunities. In Saratoga, he played violin in several hotels there and also worked as a carpenter. Anne found work as a cook at hotels and public houses.

Kidnap and Selling into Slavery

In 1841, Solomon Northup met Merrill Brown and Abram Hamilton who claimed to be members of a circus company, and they gave him a job as a fiddler for several performances in New York.

He left with the two men without notifying his wife Anne who was at the time working in Sandy Hill. After they performed in New York, the men persuaded him to go with them to Washington DC for another performance, and they promised him a higher pay. He processed his documents to show that he was a free man and then went with them since in Washington slavery was still legal.

Solomon Northup was later drugged by Brown and Hamilton and sold to James H. Birch who was a slave trader. Solomon was presented as a fugitive slave from Georgia. He was later shipped to New Orleans in the company of other slaves. In New Orleans, he was sold as a slave to William Prince Ford who was a preacher and farmer who had a farm in Red River, Northern Louisiana. As a slave, he was beneficial to his slave master since he used his carpentry skills to build looms and his work impressed his owner.

Later his slave master started experiencing financial difficulties and was left with no other choice but to sell eighteen slaves to settle his debts. In 1842, Solomon Northup was sold to John M. Tibaut who was a carpenter. Under John, he was treated with cruelty and was treated like a lesser being. He was once beaten because John did not like the type of nails he was using.

This angered Solomon, and so he fought back ending up injuring John severely. John in anger paid some men to hang and lynch him before they could hang him, they were chased from the scene by Chapin and later he was cut down by Ford. John tried to kill him two other times, but he defended himself and later on escaped and returned to Ford.

Solomon Northup stayed with Ford for four days and was later hired to another planter called Eldret. He was later sold by John to Edwin Epps. Edwin held Solomon as a slave for almost ten years. Epps was a cruel slave master who whipped slaves and also sexually abused an enslaved woman by the name Patsey. This abuse made his wife even angrier, and she let loose her anger on slaves.

In 1852, Solomon met Canadian carpenter Samuel Bass who had come to do some work for Edwin. Samuel was an abolitionist, so Solomon confided in him and told him that he was born a free man but was kidnapped into slavery. He mailed Solomon’s letters and provided details that he was being held at Bayou Boeuf. His help succeeded when the Fugitive Slave Law of 1850 was passed.

Some of the letterSolomon Northup wrote reached Cephas Parker and William Perry who knew him. One of the men forwarded the letters to Anne who made contact with attorney Henry B. Northup who had made Solomon’s father a free slave.

Henry got in contact with Washington Hunt who was the New York Governor then. The Governor took up the case and appointed the attorney general as his legal agent. Henry traced Bass in Louisiana and Bass gave up the location of Solomon since the letters did not clearly show where he was being held. Henry went to Edwin Epps plantation with the Sheriff of Marksville to enforce the law that allowed kidnapped free slaves to be released from slavery. In 1853, he arrived in Marksville with the help of Senator Pierre Soule.

Tracing Solomon Northup was hard since he was known by the slave name Platt. Edwin was frustrated when he was confronted by the fact that Solomon was a free man with a wife and children. He cursed Solomon for having been born free. Edwin later signed papers stated that he was giving up all claims to Solomon. Solomon regained his freedom for months after meeting Bass.

After his freedom, Solomon wrote the memoir ‘Twelve Years a Slave’ which he wrote with the help of David Wilson who was a local journalist and writer. The memoir was published by Derby and Miller of Auburn in New York. The book became a best seller selling thirty thousand copies within three years.

After he regained his freedom, Solomon Northup went back to his wife and children. He later lived with his daughter Margaret and her family in Queensbury in Warren County, New York.

Solomon Northup resumed work as a carpenter and became an active abolitionist. In 1857, he went to Canada to give a series of lectures, but he never returned home. It is believed that he was killed or that he was abducted again and sold as a slave. All the above mentioned have not been proven to date hence the assumption that he died in 1863.