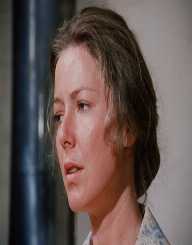 The role of Caroline Ingalls propelled Karen Grassle to the world of celebrities. In the role, she portrays the figure of a responsible and loving mother.

Karen Trust Grassle was born on February 25, 1942, in Berkeley, California in the US. Her parents were Gene and Frae Grassle. Grassle was born in a relatively low-income family. Her father operated a small gas station, while her mother was a school teacher and later ran a restaurant. Before her birth, her mother had four miscarriages. She was the miracle baby to her parents.

Grassle was cut out for acting. From her early childhood, she studied music and drama. She mastered ballet dancing and was a member of her school drama club. Grassle was active in her local church choir.

She graduated from Ventura High School in 1959. Afterward, she enrolled at Tulane University in 1959. Just two years after, she transferred to the University of California in Berkeley. In 1965, Grassle graduated with twin degrees. One was a Bachelor of Arts in English, and the other was an Arts degree in Drama. She landed a scholarship to study at London’s Royal Academy of Dramatic Arts.

Karen Grassle made her maiden stage appearance at the Broadway in New York. It was in a 1968 play called The Gingham Dog. Though the production lasted for a few days, it was enough to get Grassle noticed. She got roles in other plays at the Broadway. She was also in the cast Cymbeline in 1970. This was at the Shakespeare’s Festival in New York.

After a stint on stage, Karen Grassle switched to television. She decided to audition for a role in a television series Little House on the Prairie. She beat a host of over 40 other candidates for the role. The series started in 1974. In its production, it had nine series. It was a story of a family struggling to cope with the daily challenges in the 1860s Walnut Groove, Minnesota.

Grassle played the role of Caroline Ingalls, the wife of Ingalls. She was a dedicated homemaker and loving wife. Her role as the pillar of the Prairie family held audiences glued to their television sets. After eight years in the cast, Grassle left. The show went on for only one more year.

She did some other television shows and went back to stage acting. Some of the other films are The President’s Mistress, Little House Years, Harry’s War, The Love Boat, and Murder She Wrote.

In total, Grassle has appeared in 20 television and screen film productions to date.

After leaving the television in 1982, Karen Grassle went back to Broadway. She featured in the production Sweet Sue in 1988. Grassle also appeared in several television talk shows. Her love for acting drove her back to the theater stage. She continued touring the US with her stage crew. One of the memorable tours was in 2007. Grassle was part of the production of Driving Miss Daisy. The play won a Pulitzer Award. When the tours ended, she relocated to Kentucky, then to Arizona. She was actively involved in the Arizona Theater Company. Her notable contribution was in the production Wit.

She was also instrumental in the founding of the Resource Theatre Company in New Mexico.

Karen Grassle got married and divorced thrice. She first got married to Leon Russom in 1966. In 1970, they divorced. Her second husband was James Radford. The two were married from 1982 to 1987. They adopted one daughter. In 1991, she married Scott Sutherland. The union ended up in a divorce in six years later.

Contrary to her exposure on the screen, Grassle lives a very private life. She has no social media platforms. Politically, she is a diehard Liberal Democrat supporter.

She is currently residing with her daughter in Pacific Palisades in California.

Karen Grassle has always championed the rights of women and children. Though she never had any biological children of her own, she continues to support many through charity. In 1998, Grassle was inducted in the Hall of fame of the Great Western Performers of the National Cowboy and Western Heritage Museum. Her life has genuinely mirrored the role of the mother she played as Caroline Ingalls.