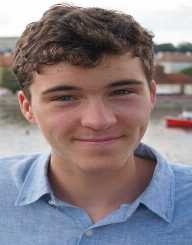 Twins are deemed very special, and it is even more loving when they both work together. This can be said with Julian Jara who has collaborated with his twin brother Jovani Jara to set the internet ablaze. Julian is a rising social media star famous on Musically.ly and YouTube. Julian and Jovani are the brains behind the social media account 99goonsquad on Musically.ly, Vine, and YouTube. The two are doing a great job with their video posts, and that has resulted in a large number of followers especially the youth within their age group.

Call them the motivators or rib-breakers; the two can make you forget your worries and pains as you watch their hilarious videos. The 99goonsquad on YouTube has about 239,000 subscribers since the creation of the channel on 2015. She has410,000 fans on YouNow as well as over 1.5 million fans on Musical.ly. In 2016, the two were featured on Fox News WSVN Channel7’s Teen Idol where they discussed the impact of their channel on fans. They have also undertaken social programs to sensitize the public on suicide and depression.

Julian Jara was born on July 20, 1999, in Boynton Beach, Florida. His twin brother is Jovani Jara and has a sister called Andrea Jara. The twin has a very supportive family, especially from their sister.

Julian and Jovani created their first account on Twitter in 2013 but remained dormant for a while. They proceeded to create another account on Musically.ly where they started to post videos. They got active after they established their YouTube account in 2015. The young up and coming stars use the name, 99goonsquad, for all their social media accounts and have attracted many fans across the board. Starting with funny videos, they later switched to posting more inspiring and motivating videos to reach out to their age groups. They advise the youth to love themselves, do away with procrastination and stay focused.

They collaborated with SAVE (Suicide Awareness Voices of Education)on their countryside show Part Of My Story (POMS) aimed at sensitising the youth against suicide. They partnered with other social media gurus like Mario Selman, Geo Roman, and the Rowland brothers. The program that started in 2015 saw them tour across the country and was continued in 2016. The twins have also released a single YouNow Gurl, and you can catch them live on their website www.99goonsquad.com