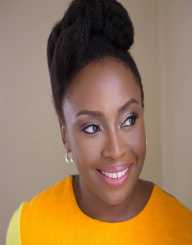 Novelist Buchi Emecheta was born on the 21 July 1944 in Lagos, Nigeria. Emecheta was born in Lagos, but her parent’s old area was Ibusa in eastern Nigeria. Her father Jeremy Nwabudinke worked on the railways. Her mother was Alice Okwuekwuhe. The family did not have much money, and Emecheta lived in some poverty as a child. When she was eight, her father died. He had been suffering from a recurring war wound, inflicted in Burma during World War II.

In 1954 Buchi Emecheta won a scholarship to the Methodist Girls High School, a boarding school in, Yaba, Lagos. During this time, her mother died, leaving Emecheta an orphan. The extended family cared for the child, but she often remained at the school during holidays. Her son said in his obituary on his mother that she was passed from one relative to another. Teachers noticed how intelligent the child was and encouraged her in her eagerness to learn.

When first arriving in London, life was tough for Buchi Emecheta. Her living conditions were not right, and her husband became violent. After she showed her husband her first manuscript, he destroyed it. That was the catalyst for her ending the marriage. She became a single mother of five and got a job as a library assistant at the British Museum. Emecheta studied at night and earned a degree in sociology (1974). Once she had her degree, she worked as a social worker in North London.

Buchi Emecheta began writing articles based on her experience of living in London as an immigrant woman. These items were published in the New Statesman and noticed by Margaret Bushby who championed her writing and helped her to get published.

Buchi Emecheta’s work primarily focuses on women in society. In her case, she drew on her experience as a sick, single mother having to deal with racial prejudice in her early years in the UK. Later, she wrote about life in Africa. A prolific writer, Emecheta also shorts stories, plays, children’s books and contributed to many publications including The Guardian, The New Statesman, and the Times Literary Supplement. She also wrote an autobiography.

Her first novel was In The Ditch (1972) which dealt with the challenges facing a young, single immigrant mother in the UK in the 1960s. The sequel Second Class Citizen (1974) dealt with the same theme. Her next two novels The Bride Price (1976) and The Slave Girl (1977) dealt with women’s issues in Nigeria. The Slave Girl won the New Statesman Jock Campbell Award. The Joys of Motherhood also dealt with Nigerian society.

The Book Marketing Council of the UK named Emecheta one of the twenty Best of Young British Writers in 1983. She was made an Officer of the British Empire (OBE) in 2005.

Buchi Emecheta married Sylvester Onwordi when she was sixteen. Onwordi was five years her senior. When he left Nairobi to study at a university in the UK; Emecheta and her two children joined him in 1962. During their time together in London, they had another three children, a son, and two daughters. Two of Emecheta’s daughters predeceased her. Her older son Sylvester has written that his mother was never quite the same again after the loss of her two daughters.

Later in life, Emecheta ran a publishing company with her son, Ogwugwu Afor Publishing Company. From 1979 she was on the Home Secretary’s Advisory Council on Race, and she was a member of the Arts Council of the UK (1982-1983)

In 2010, Buchi Emecheta had a debilitating stroke. She later slipped into dementia and died on the 25 January 2017.