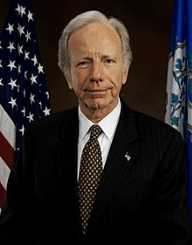 Joseph Lieberman is an American politician and environmental activist. He also did his own law practice before then served as the Attorney General of the state of Connecticut. He has authored a few books under his names such as the 2000 publication of In Praise of Public Life and An Amazing Adventure which was published in 2003.

Lieberman married twice in his life. His first marriage was in 1965 to Betty Haas while he was still completing his law school studies. His union with Haas brought forth 2 children; a son named Matt and a daughter named Rebecca. Their marriage lasted for 16 years until their separation in 1981.

The following year in 1982 while he was campaigning as Connecticut's Attorney General, he met Hadassah Freilich Tucker, his future second wife. Together, they have a daughter named Hani and also served as a father to Tucker's son Ethan, from her previous marriage.

Born on February 24, 1942, in Stamford, Connecticut as Joseph Isadore Lieberman, he was the son of Marcia and Henry Lieberman who were of Jewish lineage. He was the first in his family to graduate from college where he attended Yale University with a bachelor's degree in economics and political science in1964. He later pursued his undergraduate degree on the law in Yale Law School which he completed in 1967. Upon graduating from Yale, he started to practice at Wiggin & Dana LLP's law firm located in New Haven.

The Vietnam War was also ongoing at the time but he received an educational deferment when he was taking up his undergraduate studies from 1960 to 1967 and also received a family deferment after graduating at the age of 25 for having a son and his own family by then.

He entered the world of politics in 1970 when he was elected as a reformed Democrat which he did for 10 years. At the start of 1980, he returned to law practice for a short period of 2 years before being elected as Connecticut's Attorney General for a span of 5 years starting from 1983 until 1985.

During this time, Lieberman was gaining attention for environmental and consumer advocacy which gradually won him a seat at the Senate for the first time in 1998 which also made him the first Orthodox Jew to serve in the US government. While he was a senator, he pushed in efforts and establishment of the Department of Homeland Security and has actively voiced his support for affordable health care, equal opportunity for university education and public schools, and campaign finance reformation.

He became a candidate for the position of Vice President in 2000 alongside Al Gore which made him the first Jew to be hailed for the position. 4 years later in 2004, he ran for the presidential position but withdrew later on after failing to win the primaries. He was reinstated as a Senator when he won the 2006 elections. He is listed under 3 consecutive Congresses starting from the 110th Congress until the 112th and has a seat at the Senate Democratic Caucus.