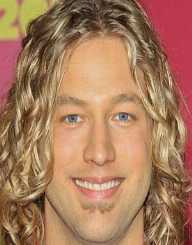 Casey James was born on May 31st, in 1982. He is famed for being an American singer. James earned his fame after finishing up third in the ninth season of the show dubbed American Idol.

Casey James was born on May 31st, in 1982. His birthplace was in Plano, Texas. He is the son of Beau James and Debra. Years later after his birth, his parents relocated and went to live in Princeton, Texas. However, when James was aged four, his parents went separate ways. Together with his brother called Billy Cole, the two had to be raised by his mother.

James took a special interest in playing the guitar when he was aged 13. He was a natural on the instrument and by the time he was 14, he was playing on stage.

Throughout his music career, he has not only played with different sets of bands but that James has also played with his mother and brother.

James was among the contestants in the ninth season of the reality show called American Idol. Due to his exceptional performances, he managed to finish third in the highly competitive show.

He was outsmarted from the competition on May 19th, in 2010. Notable music critic named Brian Mansfield argued out that James was certainly the best guitarist he had ever come across within the show.

When James was 21, he was involved in an accident while riding his motorcycle. This accident almost took away his life. Medical experts had pointed out that he would not be able to play the guitar again.

Fortunately, this diagnosis was untrue as James went ahead and competed in the American Idol and emerging as the third best. James later paid a visit to Dr. Cory Collinge, the surgeon that performed a surgery on him and bestowed him with a guitar autographed by him.