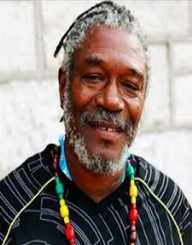 Horace Andy was born on February 19, 1951. He is a Jamaican roots reggae songwriter. He is also a singer. He is renowned for his trait as a most respected and influential singer in Jamaica. He is also known as Sleepy. He is currently Sixty-seven years old.

Horace Andy was born Horace Hinds on February 19, 1951, in Kingston, Jamaica. In 1967, he recorded ‘This is a Black Man’s Country’ which was his first single. He later joined Studio One after a successful audition. In 1972, he released ‘Skylarking.’ In 1973, he recorded and released ‘You Are My Angel.’ In 1974, ‘Earth Must Be Hell’ both Altra and Dub. In 1977, he moved to Hartford, Connecticut to record for Everton Dasilva.

Horace Andy later released the album ‘The Light.’ This album included ‘Do You Love My Music’ and ‘Government Land.’ Other songs he released included ‘In the Light’ and ‘Pure-Ranking.’ He later set up his Rhythm Label. In 1980, he recorded ‘Natty Dread a Weh She Want.’ In 1981, he recorded ‘Unity Showcase.’ In 1985, he recorded and released ‘Sings For You,’ ‘Clash of the Andy’s’ and ‘Elementary.’ In 1987, he recorded ‘Haul & Jack’. In 1988, he recorded ‘Fresh,’ ‘Everyday People’ and 'Shame and Scandal.’

In 1990, he merged with the Massive attack. Songs he later released included ‘Seek and You Will Find’, ‘Roots and Branches’, ‘Mek it Bun’, ‘This World’, ‘On Tour’, ‘Two Phazed People’, ‘Life is For Living’, ‘See and Blind’, ‘Livin’ it Up’, ‘Serious Times’ and ‘Broken Beats’ among others. He also featured in ‘1 Giant Leap’ which was a world music project. In 1999, he released the albums ‘Life is for Living’ and ‘Roots and Branches.’

Horace Andy first married Claudette Hinds with whom he moved with to Hartford, Connecticut. He later married his second wife Caroline Hinds with whom he went with to Ladbroke Grove, London. He is a Rastafarian. He is currently Sixty-seven years old.