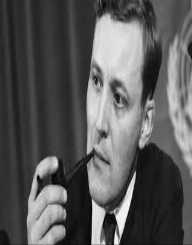 Philip Noel-Baker was born 1st November 1889, to Joseph Baker, and Elizabeth Balmer Moscrip. He was born in Brondesbury Park, London, England. His father was a Quaker, born in Canada, and his mother was a Scot. His father moved to England in 1876 to begin a manufacturing business. He served both as a member of the London County Council, and then in the House of Commons. Noel-Baker was one of seven children.

Philip Noel-Baker excelled at his schooling, first at Ackworth School, then Bootham School. He then went to Haverford College located in Pennsylvania, in the US. Haverford College was associated with the Quakers.

Upon returning to England, he studied at King’s College, Cambridge, until 1912. Philip Noel-Baker was also a keen athlete and was President of the Cambridge University Athletic Club from 1910 to 1912.

In 1912 he ran in both the 800 meters and 1500 meters at the Olympic Games in Stockholm, reaching the final of the 1500 meters. Carrying on from this, Noel-Baker was captain of the British track team for the 1920 Olympics. He received the silver medal for the 1500 meters. He was again captain in 1924 but didn’t compete on that occasion.

In 1914, Philip Noel-Baker was appointed Vice-Principal of Ruskin College, Oxford. He was also elected as a Fellow at King’s College, Cambridge, in 1915.

During World War I, Philip Noel-Baker established and led the Friends’ Ambulance Unit. He was on the fighting front in France, and then afterwards stationed in Italy. He received military medals from the UK, France and Italy for his efforts during the war.

After the war, Philip Noel-Baker was instrumental in establishing the League of Nations, a group who had the mission of maintaining world peace. He began as the assistant to Lord Robert Cecil, then becoming the assistant of Sir Eric Drummond.

In 1924, he was appointed the Sir Ernest Cassel Professor of International Relations at the University of London. He was the first person to hold this position, and did so, until 1929. He then became a lecturer at Yale University over 1933 and 1934.

During these years, Philip Noel-Baker was also involved in politics. He was first elected in 1929, as the member for Coventry. He was the parliamentary private secretary to Arthur Henderson, the Foreign Secretary at the time. He lost his seat in 1931 and again in 1935, but there was a by-election in 1936 for the seat of Derby, and Noel-Baker was successful.

He represented the Labour Party and joined their National Executive Committee in 1937. During the Second World War, he started as parliamentary secretary for the Ministry of War Transport and then became Minister of State for Foreign Affairs. In 1946, Philip Noel-Baker became Secretary of State for Air, then, in 1947, Secretary of State for Commonwealth Relations.

He wrote over a dozen books, predominantly on peace and nuclear disarmament. His first book was in 1926, the last published in 1979. He also wrote two books in conjunction with others.

Philip Noel-Baker was involved in various positions for improvement of citizens on a global scale.

He was the minister who organized the 1948 Olympic Games in London.

He also served as part of the British delegation in the 1940s, helping draft the charter and rules of operation, for what would become the United Nations.

Philip Noel-Baker received the 1959 Nobel Peace Prize for his efforts on peace, and work in nuclear disarmament, and in 1979, he co-founded the World Disarmament Campaign, for which he served as co-Chair until his death.

1959:   Nobel Peace Prize in recognition of his work for nuclear disarmament