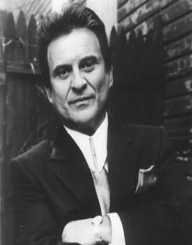 After several years of trials and defeats, Joe Pesci aka Mr. Big rose to fame with just one phone call away. Before receiving his astounding news, Joe was remarkably known as a fervent musician and comedian. But he later joined the acting field, and that was it! His dreams followed him to the core. In 1980 he played a role of Joey in Raging Bull film. This is what marked the beginning of his fame in partnership with useful thespians such as Robert De Niro. Pesci seems to have lots of information to share with us, read further.

On 9th February 1943, Joseph Frank Pesci was born in New Jersey, Newark in the United States. He was born to Angelo Pesci, a bartender, and Mary, a barber. Since his childhood days, Joe began to smell acting scent when he appeared in Start Time Kids. He then followed his mother’s footsteps where he went to serve as a barber in 1960.Before the end of 1961, Joe had already saved a fortune where he went to start his dancing group, and they both released a song titled Hey, Let’s Twist!. He then landed a singing job in a countable lounge. In the process, Joe landed a stand-up comedy job as Jonathan Marcus, Joey Cannon, and Joey Prima.

In 1960s Joe released his second album titled Little Joe Sure Can Sing in collaboration with his longtime friend, Frank Vincent. They toured the local bars and lounges. It was here that they performed Jerry Lewis’ and Dean Martin songs.

In 1975 Joe starred as Joe in Death Collector film, but according to him, he wasn’t satisfied with the end salary. Afterward, he went to Hollywood to try his luck where he made rounds of interviews and voluntary films. For his upkeep, he worked as a grocery assistant at one of the local shops. As he was about to give up on his acting career, a savior came to rescue a departed soul. To his shock, Robert De Niro called him, and he was asked to join his team. It was here that Pesci and Robert De Niro played in Raging Bulls film. With his never give up soul; Joe was awarded an Oscar nomination which he later earned in his third movie.

In the mid of 1989, Joe and De Niro starred in Once Upon A Time in America film. Pesci followed it up with Lethal Weapon 2 the same year. He then met with his long-term friends, Vincent where they started in Goodfellas movie in 1990.From there henceforth Joe played several films including Lethal Weapon 3 and 4, My Cousin Vinny and Psychotic.

Even though all of his films were successful, some were hit and miss. In his later years, he appeared in films like Eight Heads in a Duffel Bag as well as Gone Fishin’. Both of the movies weren’t accepted as he had planned. Several critics followed him that he started to doubt his career. Before welcoming the new millennium, Joe announced his retirement. He aimed to return to his musical career. But he later returned after six years. It was here that he played The Good Shepherd where De Niro acted as a director. He then played Love Ranch in 2010.

Joe Pesci had appeared in thirty-four different films throughout his career. When it comes to his relationship, Joe was married and got divorced three times. He has a daughter, Tiffany and her mother was called Claudia Haro with whom he married early in 1988. At the beginning of his acting career, Joe was awarded several awards including National Society of Film Critics Award in 1981. Not to mention a BAFTA award followed in 1981, all thanks to his outstanding character in Raging Bulls film.