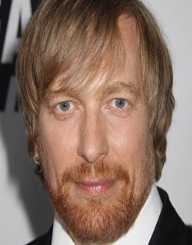 Morten Tyldum is a Norwegian born film director. He has managed to do marvelous wonders in the film industry with his work. Some of his best work includes Headhunters (2011) and The Imitation Game. The Imitation Game is one of his movies that got to put a lot of juice in his career. This means that he got famous and popular with the production of the film. Also, the movie got the nomination for several awards and won just as much.

Morten Tyldum was born in Norway in the year 1967. He grew up in Norway, but at one point he chose to move to the United States of America to join the School of Visual Arts. This was immediately after finishing high school in Norway. He studies in the state took almost three years and then he went back home to Norway. At that point, he had the plans to save money and to rejoin school for his final year.

However, all did not go as planned. So, he took up small jobs back home to shoot and produce films. At one point he took work with students to help them create their work for a Norwegian television station. Sometime later, he got a small breakthrough to direct a series back in the United States of America. Therefore, he finally gave up on his dreams of finishing school.

So, Tyldum goes an opportunity to move back to the United States of America to help in the production of a series. Apart from that, Tyldum was previously assisting the student to produce short films for a TV station in Norway. In the initial years of the 1990s, he also got to work with another Norwegian television set. In this job, he was the director, and he was producing television shows, movies, and miniseries. However, after some time in 1996, Tyldum got to leave the job to direct and create one of his films Lorenzo.

After almost another wait of two long years again he went into production to entertain the viewers with Headhunters. The output of the Headhunter was a big hit following the production of the Game of Thrones by the HBO. Some of the characters of the Game of Thrones appeared in his film giving it a considerable boost. One of the actors that made an appearance in both the movies and series were, Nikolaj Coster-Waldau.

He had given the most fantastic appearance in the Game of Thrones as one of the hated villains of the time. So, his debut in the film the headhunters gave the film a significant boost. Thus, the film got to raise the demand for Tyldums experties also in the film industry. Besides, the film also became one of the highest grossing movies in Norwegian history. Therefore, he got the opportunity to direct an English film The Imitation Games. This was his first English film.

After producing one of the highest grossing films in Norway, Tyldum was given the opportunity of a lifetime. He got the offer to work in the production and directing of an English language film. Therefore, he took his A-game to work no pun intended. The film that he was to work on was called the Imitation Game. This was the opportunity that would make him or break him. The film did well in the movie industry.

Furthermore, it also scooped up the Academy Awards, the Golden Globes, the Screen Actors Guild, the Directors Guild, and BAFTA. In the process, Tyldum and his lead actors also got to win multiple awards and nominations. Also, the film got so many nomination awards (100) and won over 40 of them. Some of the major awards that it won were the National Board of Review Top Ten Films award, American Film Institute’s Movie of the Year award and the Toronto International Film Festival’s People’s Choice award. Also, it won the Tyldum won Director of the Year at the Hollywood Film Awards.