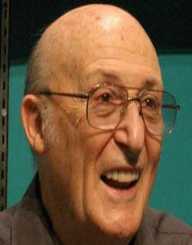 William Erwin Eisner was born on Mar 6, 1917. He was born to immigrant parents. His father was Shmuel “Samuel” Eisner who hailed from Kolomyia Austria-Hungary. His mother, Fannie Ingber was from Romania. They immigrated to the United States and raised their family in the country. William otherwise known as Will was one of three children. He had a brother named Julian and a sister named Rhonda.

Growing up Will Eisner liked to draw and had an interest in art. So, he drew little stories. According to a suggestion by a friend when he was 19 years old, he drafted and sold a comic strip called Captain Scott Dalton. He sold it to Wow editor Jerry Iger. He also sold two more comic strips to the Wow magazine called “The Flame” and “Harry Karry.” But the magazine didn’t last for more than three issues. It went belly up. His writing for them continued from the July-September issues of November 1936. After it closed, he and Iger went into business with drawing and selling comic books.

The company that Jerry Iger and Will Eisner formed sold and supplied the comics to Fox Comics, Fiction House and Quality Comics. From selling those comics, he made $1.50 a page. By 1939 standards the two split $25,000 between them after selling comic strips. Will Eisner also had a self-syndicated Sunday comic strip called “Hawks of the Sea” which was a reprint of his comic from the Wow magazine called “The Flame.” When he printed it in self-syndication, he kept it going until its conclusion, or someone else took over.

In the year 1939, Will Eisner was paid to create a Wonder Man comic for Victor Fox. Victor Fox worked for DC Comics as an accountant and was looking to break into publishing. Based upon what he was told he made a Superman-type character, using the pen name Willis. That character became the title character Wonder Man comic. The two were later sued by National Periodical Publications, also known as DC Comic. To Fox’s dismay, Eisner agreed with the idea that he stole or plagiarized their character.

That same year, Will Eisner met with Everett Arnold and agreed to create the comic book series “The Spirit.” Will Eisner would own the character, but Arnold would have copyright. If for any reason the two dissolved their arrangement, then Eisner would own the copyright. He also wrote two others as well called “Mr. Mystick” and “Lady Luck.” After working with Mr. Arnold for a while, he sold his share.

Will Eisner's rise of cartoon stardom was interrupted by his being drafted into the armed forces. He enlisted in the U.S. Army in late 1941. While he was in the armed forces, he wrote for the newspaper the Aberdeen Proving Ground. There he trained as a warrant officer. They sent him to Washington D.C., to serve. He stopped at the Holabird Ordnance Depot in Baltimore Maryland on the way where he worked on and made army motors. They used that base to train soldiers. While there he created a new character for a comic book.

Will Eisner’s character was called Joe Dope for Army Motors. He was used as an educational character to teach the enlisted men about their jobs in the army specifically, army munitions. When he reached the Pentagon, he worked for four years editing the magazine Firepower where he did all the cartoons and drawings. He also worked on a magazine in 1950 called the P.S. the Preventive Maintenance Monthly until the year 1971.
Upon re-entering the workforce, he returned to doing what he had started before joining the army-drawing cartoons.

After Wow folded and his business with Jerry Iger started. It was called Eisner and Iger. They rented a room for $15.00 for three months. There Will worked on the comic books. He was the only illustrator/cartoonist under five different names. The offices were located on the corner of Madison Avenue and 40th Street. But Iger did work as well. He was good at selling the product. So, he sold and also helped with the lettering. The business grew and with it also increased the needs of the company.

After outgrowing with just Will Eisner working, they hired several older friends to work with them. Those friends are today well-known comic writers. They sold what they wrote to the Editors Press Service, who was the publisher of the magazine Wag. The first comics were released to magazines and already packaged ready to be sold. Both Eisner and Iger knew they would sell well. Following them was Fiction House and Quality Comics.
During his career, he became interested in writing graphic novels. He was the one who got the term “graphic novel” coined. There are several to his credit including and semi-autobiographical.

Will Eisner was an American cartoonist, writer, and an entrepreneur. In his later years, he has done a few interviews which speak for themselves. He has done all things and jobs when it comes to making comic books. He has been a publisher, editor, packager, and artist. He helped to build the vocabulary used in comic books. He also helped with determining pacing, perspective, staging, and plot of the book as well as character generation and building.

At age 83 he found out his comics were being reprinted and sold by DC Comics again. What a feat for a comic book artist. He died in 2005 after complications in surgery. He is survived by his wife and son. His daughter died before him. The world lost a great artist upon his death.