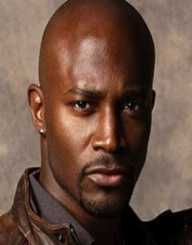 Taye Diggs was born on 2nd January 1981, to Andrew and Marcia Young. He was born in Newark, New Jersey in the United States. His father was a visual artist, his mother a teacher and actress. Taye Diggs is the eldest of five children. He has two brothers and two sisters. When he was a youngster, his mother married Jeffries Diggs, and Scott took the surname of his step-father.

Taye Diggs studied at Allendale Columbia School but transferred to the School of the Arts. He then went on to Syracuse University, where he received a Bachelor of Fine Arts Degree in musical theater.

Taye Diggs started performing at the Lakes Region Summer Theater in New Hampshire, and he also spent a season at the New London Barn Playhouse in New Hampshire. He debuted on Broadway in 1994, in the musical, Carousel. In 1995, he was performing as a dancer at Disneyland in Tokyo.

Taye Diggs has written two children’s books, Mixed Me! And Chocolate Me. The books were illustrated by Shane W. Evans. He wrote the books in 2015, and that same year he starred in a Broadway production of Hedwig and the Angry Inch.

Taye Diggs has been nominated for 21 awards, and he has won six of them. These include a Screen Actors Guild Award and two NAACP Image awards.

In 2003, Taye Diggs married Idina Menzel. Menzel was an actress, and she co-starred with Diggs in the stage production of Rent. The couple had a son together. They divorced in 2014.