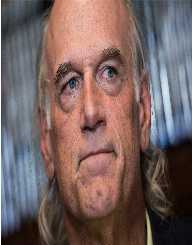 Jesse Ventura was born on July 15, 1951. He was a professional wrestler and went into acting and politics. He was a naval veteran.

Jesse Ventura was born on July 15th, 1951 as James George Janos in Minneapolis, Minnesota. His father was George William Janos, and the mother was Bernice Martha. His eldest brother was a Vietnam War veteran.

Jesse Ventura’s preliminary education was held at Cooper Elementary School. In 1969 he graduated from Roosevelt High School. He also attended Sanford Junior High School. It was in 2014 when Roosevelt High School inducted him into its first ever hall of fame. In 1970, while a served in the United States Navy, he was able to graduate in BUD/S class 58. He also went to North Hennepin Community College, where he dropped out.

Jesse Ventura finished education and went to take admission in the Navy in America that he completed in 1975. He was able to participate in the Vietnam War since he was trained in the Navy Seal’s program that he finished in 1970. After he left the military, he went to work for Rolling Stone as a bodyguard while living in California. After dropping out of college, he changed his name to Jesse Ventura in which his weight lifted and which helped him to enter into the wrestling career.

Jesse went into the Central States where he made his debut as a wrestler. After that, he moved into the Pacific Northwest, where he won its title twice. He went to the American Wrestling Association. He became a member of the World Wrestling Federation and won attention even though he was not a good wrestler. Afterwards, Jesse took up as a wrestling commentator after his health became worse.

In 1985, in the WWF, Jesse Ventura also became a color commentator. In 1987, his commentator career led him to take part in movies like Predator (1987) and, Guardian of the Universe (1991). He featured in many TV shows such as the X-files and Zorro. In 1991 he won the Minnesota Mayor seat after retiring entirely from wrestling. He led the local government until 1995 but did not have good legislative prowess. He, however, went back to WWF’s rivals - World Championship Wrestling as a commentator and returned to the film career. He acted in Batman & Robin and Demolition Man.

In 1998, Jesse Ventura contested for the gubernatorial seat in Minnesota through the Reform Party, and he won. He then wrote books which were politically instigated, and after refusing to renew his seat, he went on writing books like They Killed Our President: 63 Reasons to Believe There Was a Conspiracy to Assassinate JFK. In 2003, through MSNBC, he Ventura launched the Jesse Ventura’s America that was canceled. In 2004 Ventura led a study group at Harvard University. He is still politically active and hosts the Off the Grid show.

Jesse Ventura practiced Lutheranism that is a branch of Christianity.

Jesse Ventura had health complications since his career, and in 2002, he had a blood clot which was very severe in his lungs that he was hospitalized

Jesse Ventura married Terry on July 18, 1975, and was blessed with two children: Tyrel (the son) and Jade (daughter).