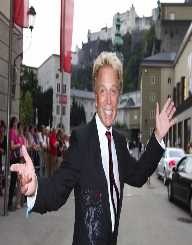 Actor, magician, entertainer, and producer Siegfried Fischbacher was born in Rosenheim, Germany on 13 June 1939. As a boy, Fischbacher became interested in magic and used to study it by reading books and practicing his skills on his friends and family.

Fischbacher moved to Italy in 1956 in his teens and worked in the hospitality but eventually found work as a magician. He then got a job on the cruise ship TS Bremen and around this time, he met Roy Horn. The two men combined their skills and formed a duo.  After the owner of the Astoria Theatre in Germany saw their act, they were invited to work at her club in Bremen. For a few years they worked in various clubs in Europe, and after a while, they incorporated live tigers into the show. Tony Azzie saw a performance in Paris and recruited the pair to work in Las Vegas

From the early 1980s, they worked for Irvin & Kenneth Feld Productions as Siegfried & Roy at the New Frontier Hotel and Casino, Las Vegas. They also toured with their show, had a television programme and found fame on an international level.

Then in 2003, after a successful career working together on the Beyond Belief show, Horn was attacked by Montecore, a white Bengal tiger which was part of their show. The attack, which took place during a live performance, left him in a serious condition. The duo announced their retirement in 2010.

Films Fischbacher has been involved with include Ocean’s Eleven (2001), Vegas Vacation (1997) and the Siegfried and Roy film.

The duo have a star on the Hollywood Walk of Fame.