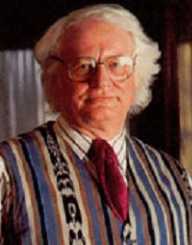 Robert Bly is an American poet, author, translator, and activist.

Robert Bly was born in the city of Madison, Minnesota, on December 23, 1926. His parents were Jacob and Alice Bly. He is of Norwegian ancestry. He graduated from high school in 1944. After that, he spent two years serving in the U. S. Navy. He enrolled at the St. Olaf College in Minnesota. After a year, he transferred to Harvard University. He graduated in 1950. In 1956, he obtained a master’s degree from the University of Iowa.

Robert Bly got a Fulbright Grant in 1956. It allowed him to go Norway and translate Norwegian poetry into English. While he was there, he became interested in the works of authors such as Gunnar Ekelof, Pablo Neruda, Georg Trakl, and many others. They were not well-known in the United States. So, he decided to start a literary magazine that would publish the translated works of foreign authors. The magazine was launched in 1958, and it was called The Fifties. It later changed its name to The Sixties, and then to The Seventies.

Bly continued translating throughout his life. He worked on poetry, prose, and plays written in Norwegian, Swedish, German, and Spanish. He had a lifelong collaboration with the poet Tomas Transtromer.

In 1962, Robert Bly published his first collection of poems called Silence in the Snowy Fields. It explored the relationship of humans with nature. The next year, he published an essay called “A Wrong Turning in American Poetry.” He criticized modern American poets for creating work that lacked in introspective. He advised them to look up to the poets from Europe and South America that he admired.

Bly published his second collection of poems, The Light Around the Body, in 1968. He continued his work, publishing more than forty collections throughout his career. They included Sleepers Joining Hands, A Little Book on the Human Shadow, Loving A Woman in Two Worlds, and many others. In 1981, he released the poem The Man in the Black Coat Turns, exploring the connection between father and son. He wrote about his native Minnesota in Meditations on the Insatiable Soul and The Urge to Travel Long Distances.

In 1990, Robert Bly published his most famous work, the book Iron John: A Book About Men. It talks about a boy maturing into an adult with the help of the wild man. The book was credited for starting the Mythopoetic men’s movement. The movement was focused on helping men find their place in society through the lessons learned from various myths and tales written in the past. Bly often took part in these activities, speaking about the importance of guidance and older role models for young men. He was greatly influenced by the work of Swiss psychiatrist Carl Jung. In 1999, he wrote the book The Maiden King: The Reunion of the Masculine and Feminine, together with author Marion Woodman.

Apart from writing, Robert Bly also took part in anti-war efforts. He co-founded the American organization Writer Against the Vietnam War. He also pledged to stop paying taxes in protest. He later published the collection The Insanity of Empire, protesting against the Iraq War.

Robert Bly received the National Book Award for his second collection of poems. He also received the Maurice English Poetry Award and an award from the McKnight Foundation. He won plenty of best book and best author awards from contests in Minnesota. In 2013, the Poetry Society of American gave him the Robert Frost Medal for lifetime achievement.

In 1955, Robert Bly married the award-winning short story writer Carol Bly, and they had four children. Their daughter, Mary, became an author as well. They got a divorce in 1979. The next year, he married Ruth Counsell, and he became the stepfather of her son and her daughter.