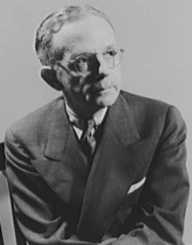 Walter White is the longest serving Executive Secretary in the history of the National Association for the Advancement of Colored People or NAACP.

Walter Francis White was born into the family of George White and his wife Madeline Harrison on July 1, 1893, in Atlanta, Georgia. Though his parents were born in slavery, they got a good education and became part of the emerging middle-class community. White had physical appearances of a white person due to his ancestry which was dominated by whites. His black ancestors were victims of rape by their white slave masters. His maternal grandmother was born out of a rape incident between William Harrison and his slave girl. Harrison later became the ninth president of the US.

He grew up in Atlanta and went to Atlanta University. He graduated from the school in 1916. As a young boy in the south, he witnessed racial riots and lynching on a daily basis. In 1906, White escaped being lynched and his home destroyed. They survived the white supremacy onslaught because most of the family members had white physical features. White had blonde hair, blue eyes, and a fair Caucasian complexion.

Upon his graduating from college, White got employed for a while in an insurance firm. In 1917, he resigned from his job and joined the NAACP. He founded the Atlanta chapter of the organization. In 1918, he traveled to New York and became the assistant secretary at the organization’s head office. He won his first major fight in Atlanta. He rallied the NAACP in opposing the Atlanta Education Board for eliminating the seventh grade for black schools. The board envisaged using the funds to construct a new high school for the white community.

He used his appearance to infiltrate white supremacist organizations and investigate first-hand mob lynching in the south. He easily passed off as a white male during his clandestine investigations within the crime scenes. His gathering of crucial evidence after a racial murder helped change the perception of moderate whites on the lynching mobs. White investigated over 40 killings and broadcasted the findings through the NAACP platform.

In 1931, White replaced the outgoing leader of the organization James Johnson as the Executive Secretary. He became the leader of the organization. Soon after his oath of office, White petitioned for the removal of Judge John Parker as the nominee of the Supreme Court position. His bid to establish a legal anti-lynching law never materialized. The US Senators from the southern states blocked the legal framework in Congress.

In 1941, he successfully appealed to the then US President Franklin Roosevelt to ban racial segregation by a presidential decree. The order was enforced by a Federal agency monitoring the integration of the presidential policies in employment areas. In 1948 President Harry Truman formed a task force to help fully integrate the black soldiers into the US military. Truman followed the advice of White after reading his 1945 book A Rising Wind. He agreed on the proposals after a meeting with the NAACP leader. White prevailed upon the president to desegregate the military to enhance cohesion among the units.

White stayed at the helm of the organization for almost 24 years. While serving the US black population, White became a member of the global black empowerment movement. In 1921, he attended the second round of the Pan African Congress meeting. He supported the government of the Virgin Islands in the Caribbean as a member of the National Advisory council between 1934 and 1935. He formed part of the US delegation to the first United Nations conference held in 1945. He went with the US delegation again to the first General Assembly held in Paris, France in 1948.

In his work as a civil rights activist, White wrote some books on the emotive topic of racial discrimination. In 1924, he wrote The Fire in the Flint. In the novel, he explored the journey of a black medical doctor returning back to his town in the south. Instead of embracing his medical facilities, the white community lynched him. In 1926 he published the novel titled Flight. In his second novel, White narrates how a young black girl with predominantly white physical features embraces her black origin. In 1929, he published the book Rope and Faggot: A Biography of Judge Lynch. In this book, he explores the origins, causes, and effects of racial lynching in the American south.

In 1922, he married Gladys Powell. They got two children before terminating his union of 27 years with a divorce in 1949.

White generated controversy in 1949 when he married a white woman from South Africa, Poppy Cannon. He attracted a lot of criticism from members of his organization throughout his second marriage. His colleagues and even his sister accused him of having been white all his life despite his association with the black organization.

Walter Francis White died aged 61 in New York of heart failure on March 21, 1955. In his 1948 memoirs, A Man Called White, he explained his journey in the NAACP.

In his late years, he headed the organization without much power and influence. Despite his late controversial marriage and accusations, White remains an enigma in the history of NAACP.