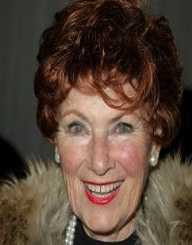 Marion Ross was born on October 25, 1928, in Watertown, Carver County, Minnesota. She was the daughter of Gordon Ross and Ellen Hamilton Ross who lived initially in Waconia. The family relocated to Willmar and later settled in Albert Lea, Minnesota. She had desired to become an actress when she grew up and at the age of thirteen changed her name from Marian to Marion.

After high school, she joined the MacPhail Center for the Arts in Minneapolis, Minnesota to study drama. She later attended Southwest High School before her family moved to San Diego, California. She became a student at Point Loma High School in San Diego from where she graduated.

From 1974 to 1984, Marion Ross featured on the ABC sitcom ‘Happy Days’ as matriarch Marion Cunningham. This latter work earned her an Emmy Award nomination. She also featured in the film ‘The Love Boat’ between 1978 and 1986 and also in ‘Brooklyn Bridge’ from 1991 to 1993. Her recent appearances have included roles in ‘The Evening Star’ as Rosie Dunlop (1996) which earned her a nomination for the Golden Globe Award for Best Supporting Actress.

She also appeared in ‘Touched by an Angel,’ ‘The Drew Carey Show,’ ‘That '70s Show’, ‘Gilmore Girls’ and ‘Hollywood Squares.’ She has also featured in films as voice character including ‘King of the Hill’ as Ms. Wakefield, ‘Spongebob Squarepants’ as Grandma Squarepants, ‘Kung Fu Panda: Legends of Awesomeness’ as Crane’s mother and ‘Handy Manny’ as Ms. Lopart.

In 2007 Marion Ross played a role in ‘Music Within’ and later appeared in ‘Brothers & Sisters’ as Ida Holden. In June 2008 she appeared in ‘Superhero Movie’ as Aunt Lucille and later starred in ‘Nurse Jackie’ and ‘Grey's Anatomy’ in 2010. She made subsequent appearances in ‘Scooby-Doo! Curse of the Lake Monster ‘as Mrs. Trowburg, ‘The Middle’ (2013) and ‘Two and a Half Men’ (2014). She retired from acting in 2018.

Marion Ross was first married to Freeman Meskimen in 1951 and had two children. They divorced in 1969 and was married to Paul Michael in 1988 and remained married until his death on July 8, 2011. Currently, she resides in Cardiff by the sea neighboring city of Encinitas, California. She is presently eighty nine years old.