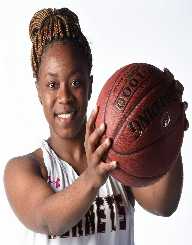 Jasmine Plummer was the first-ever American female to play as a Quarterback in the 56th Annual Pop Warner Super Bowl.  Jasmine was born in 1993 to her mother, Cassandra Johnson.

By the age of 8, Jasmine Plummer was already vibrantly nurturing her football talent; she started playing tackle football in her neighborhood without her mother’s knowledge. It’s until she severed knee injury that her mum learned of her football talent. The Injury was so severe that she had to be given 23 stitches. The injury did not deter her from achieving her dream, within a few weeks; Jasmine Plummer was already back to playing football in the neighborhood park.

Though Jasmine’s mum was not in support of her daughter playing football, her uncle had already noticed the talent in her; she had a unique ability to throw a football with a tremendous tight spiral velocity. It wasn’t easy for Fred Johnson; Jasmine's uncle to convince Jasmines’ mother to allow Jasmine to join the Pop Warner program. Eventually, Jasmine's mum was compelled to allow her daughter to enroll for the Pop Warner Program.

Jasmine Plummer's star in football did not gleam immediately, as she spent most of her football time on the bench. Her uncle had to decide to take her to another level of the Mighty Mite division Harvey Colts that included ages 7-9 years; this was a team that he was coaching at that time. Jasmine Plummer was given the Quarterback position on the field.

Jasmine was given a cold reception by her teammates; although the negativity wasn’t to last as they soon started winning the games and changed their mind towards a positive inclusion of Jasmine into their team. Jasmine's winning culture was first progressing for the team, prompting her uncle to change her position to a linebacker because of her speed and strength in the field, she was a 4-foot-9 and weighed 90pounds, which made her a bit far ahead of her age when it came to her physical power.

The team went on with the winning trend, managing to set a record of excellence in their performances. However, they later lost in the regionals. Jasmine Plummer joined the Harvey Colts of the Junior Pee Wee division the following year. Under the leadership of new coach Jim Stovall, the team won 99% of their regular season games as well as the regional.

The regional playoffs win earned the team a trip to the Pop Warner Super Bowl in the year 2003. Having lost the finals 13-2 against the Southeast Apaches in Texas, The Colts managed a consolation match scoring 14-0 against Hawaii’s Kailua Mustangs. Jasmine Plummer managed a touchdown at the pass and a tactful race to contribute on the scores.

Jasmine Plummer also played as the point guard at Joliet West High school on the women’s basketball team.  Jasmine hopes that one day she will become one of the greatest ever professional basketballer to exist.

Jasmine Plummer was featured as a character in the movie, “The Longshots” done by Keke Plummer. Keke is quoted to have enjoyed playing the role of Jasmine in the movie though she cites the fact that Jasmine is shy buy very thorough when it comes to achieving her goals.

At first, Jasmine thought of the idea of being featured in a movie as “crazy,” to her, she was just a simple girl who loved sports. But Ice Cube does not agree with Jasmine's opinion, he found it very compelling for such a young girl to play in the hardest position of quarterback, and still skyrocket her team to championships despite the obstacles.

Today in America, statistics prove the number of girls who are actively participating in football programs has dramatically grown to more than double as compared to the past five years. The numbers range from 5,000-12500. The girls feel that this is a game just like another hence they should not be excluded.

Although Jasmine Plummer doesn’t take credit for the arising trend, she played a tremendous inspirational role of a new realization and perspective about girl participation in football. Jasmine brought limelight and a new approach on how coaches and old-school football society viewed football and treated football.

Jasmine Plummer remains confident that one day she will play in the WNBA; if that option doesn’t work, she still has an eye on the Chicago Force of the WPFOL.