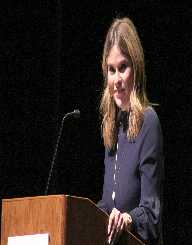 Jenna Bush is a daughter of the George W. Bush the 43rd President of the United States. Born on November 25, 1981, she is a journalist, author, and teacher. Jenna Hagar is a TV personality on NBC serving mostly as a correspondent of The Today Show. She is also a guest co-host of the fourth hour of the show Kathie Lee &Hoda. Working as an author Hager is an editor at large for the Southern Living magazine.

Jenna Bush was born on November 25, 1981,a t Baylor University Medical Centre in Dallas, Texas. She is the daughter of President George W. Bush and Lady Laura Bush. Her twin sister is Barbara Bush, and they are the first twin children of their parent. Jenna Bush received education at Preston Hollow Elementary School and later at The Hockaday School in Dallas. The family moved to Austin, Texas after George Bush was elected as Governor of Texas in 1994. While there, she attended St. Andrew’s Hollow Elementary School and continued at Austin High School in 1996. She graduated in 2000. Hager enrolled at Baylor University Medical Centre in Dallas, Texas in 2001 and had summer classes with the New York University. Jenna Bush  and her sister Barbara were arrested twice in 5 weeks for charges related to alcohol, which became national headlines

Jenna Bush was charged with a misdemeanourfor possession of alcohol under the age of 21 in Austin. Just a month later on May 29, 2001, she was arrestedagain with charges of a misdemeanour for attempting to use a fake ID bearing the name Barbara Pierce to buy alcohol. She, however, pleaded no contest to the charges. She graduated from the University of Texas at Austin with a degree in English in 2004.

Jenna Bush did not like her father’s ambition to run for president in 2000. She raised concerns telling George Bush, "Oh, I just wish you wouldn't run. It's going to change our life."However, her father replied that he and his wife needed to live their lives and went ahead with the decision. Despite opposing the idea of her father being President in 2000, she supported his campaign in the 2004 election. Prior to the elections, she made several media appearances alongside her sister Barbara. On August 31, 2004, she twin sisters gave a speech at the Republican Convention. They joined their father while campaigning in the swing states during which they gave a seven-page interview and photo shoot in Vogue.

Writing Career And Work With NBC

Jenna Bush  released the book Ana’s Story: A Journey of Hope published by Harper Collins in March 2007. The book describes her experiences while working with charities in Latin America sponsored by the UNICEF and while in Paraguay in 2006, as in intern for the United Nations Children’s Fund. In collaboration with her mother, she wrote the book Read All About It! to encourage children to read. Harper Collins published it on April 22, 2008.

She again collaborated with her mother for the book Our Great Big Backward, 2016 and with her sister released Sisters First: Stories from Our Wild and Wonderful Life in 2017. She was hired by NBC as a correspondent and contributor for the Today Show in August 2009. She sometimes serves as the orange room anchor during the 7 am to 9 am hours of Today and sitting in for HodaKotb and Lee Gifford at the 4th hour of Today. She is an editor-at-large of Southern Living Magazine since November 26, 2012.

Jenna Bush  is married to Henry Chase Hager who she met during her father’s presidential campaign in 2004. Hager asked the permission of President Bush before going ahead to propose to Jenna Bush . They engaged in 2007 and married at a private ceremony on May 10, 2008, at Prairie Chapel Ranch near Crawford, Texas. The couple has two daughters Margaret Laura "Mila" Hager and Poppy Louise Hager. She prefers to be identified as an independent thinker without political affiliations. During an interview with People, Jenna and her sister, Barbara stated, "We're both very independent thinkers." However, while registering to vote on New York, she registered with the Independence Party of New York, which turned out to be a mistake.