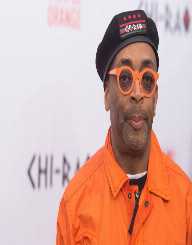 American film director, screenwriter, producer and actor Shelton Jackson Lee was born on March 20, 1957, in Atlanta, Georgia. His mother Jacqueline was a teacher, and his father William - a jazz musician and composer. He is the oldest of four children in the family. When he was a child, his parents moved the family to Brooklyn, New York. His mother gave him the nickname “Spike.”

After graduating from John Dewey High School, Lee enrolled at Morehouse College. It was there where he made his first student movie. Lee also took classes in filmmaking at Clark Atlanta University. He graduated from Morehouse with Bachelor of Arts in mass communication. Later, Lee enrolled in Tisch School of the Arts. He graduated with Master of Fine Arts in film and television.

Lee’s first success was his independent movie Joe’s Bed-Stay Barbershop: We Cut Heads. It was the first student film to be showcased in Lincoln Center’s New Directors Film Festival. After receiving some recognition, Lee got sponsored to create his first featured film. He only had a budget of $175,000 to shot his movie She has to Have It. In 1985, he began to work on the film, he shot in two weeks and grossed it over $7,000,000 in the U.S.

After his success, Spike Lee had enough funding to work on his projects. He launched his own production company 40 Acres and a Mule Filmworks. The 1989 film Do the Right Thing was nominated for Academy Award for Best Original Screenplay. The documentary focused on Lee’s neighborhood in Brooklyn and portrayed the racial tensions in the area. The movie sparked a big debate about ethnic relations. His next project Mo’ Better Blues was one of the many films to follow which featured Denzel Washington.

Spike Lee also has made several documentary movies. His movie 4 Little Girls, a story about the bombing in Alabama in 1963 and the children killed in those attacks. The film was nominated for Academy Award. His 2005 documentary When The Levees Broke: A Requiem in Four Acts won an Emmy Award.

Spike Lee and his wife Tonya Lewis got married in 1992. The couple has two sons, Satchel and Jackson. He is a fan of basketball and baseball. He currently lives on Upper East side of Manhattan, although still maintaining his office in Brooklyn. In 2015, Lee received an Honorary Academy Award for his contribution to filmmaking industry. He has also won an honorary BAFTA award.  Lee has a close relationship with his siblings. All of them have starred in his independent movies. He has also acted in his films.

Spike Lee is the Artistic Director in the Tisch School of the Arts since 2002.