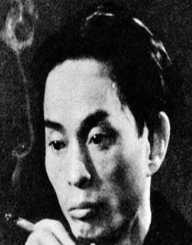 Yasunari Kawabata was a Japanese writer and novelist born on June 14, 1899. He was the first Japanese ever to receive a Nobel Prize for Literature in 1968. He was active from 1924 to 1972, and his main genres were novels and short stories. Kawabata died on April 16, 1972, aged seventy two in Zushi, Kanagawa, Japan. It is decades now since his death, but his literature still draws much interest to its readers.

Yasunari Kawabata was born on June 14, 1899, in Osaka, Japan. He was born to a wealthy family comprised of doctors. However, he was orphaned early at the age of four and life took a different turn. Kawabata was taken in by his grandparents while his older sister went to live with an aunt. His grandparents later died in September 1906 and May 1914 respectively. He attended Junior High School and graduated in March 1917 after which he travelled to Tokyo. In Tokyo, he joined university and enrolled to study English under the Faculty of Humanities in 1920.

In his studies at the university, Kawabata met other notable authors and editors including Kikuchi Kan. During his time at the university, he was able to re-introduce the ‘Shin Shinco’ Tokyo University Magazine that was dormant for four years. In 1921, he was able to write and publish his first short story ‘Shokonsai Ikkei’ (A View from Yakusuni Festival). In March 1924, he graduated from Tokyo Imperial University. Apart from writing fiction, he was also a reporter for the Mainichi Shimbun. The same year, he joined hands with other writers and came up with a journal titled ‘Bungei Jidai’ translated as ‘The Artistic Age.’

In 1926, Yasunari Kawabata published his first short story titled ‘The Dancing Girl of Izu.’ This first short story debut not only earned him recognition but was a stepping stone to success. He later authored a novel in 1937, ‘Snow Country’ which made him one amongst the top authors in Japan. When the World War II ended, he embarked on publishing other novels including ‘Thousand Cranes,’ The Old Capital,’ ‘The Sound of the Mountain.’

After the war, Yasunari Kawabata became the President of Japanese P.E.N from 1948 to 1965. During his time as President, he advocated for much of Japanese literature be translated into English and other Western languages. In 1960, he was elected to the office of the Order of Arts and Letters. In 1961, he received the Japan Order of Culture Award. Later on October 16, 1968, he became the first Japanese writer to win the Nobel Prize for Literature.

Yasunari Kawabata died on April 16, 1972, in Zushi, Kanagawa, Japan by committing suicide. At the time of his death, he was aged seventy two years.