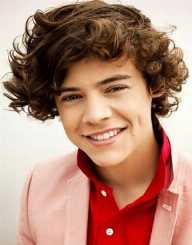 Harry Edward Styles is a prominent member of the British pop band One Direction. One Direction became famous with the number “What Makes You Beautiful.” More than 5 million copies of the song sold all over the world. The band bagged eight awards at the Teen Choice awards in the year 2014.

Harry Styles was born to Des and Anne on February 1, 1994, in Bromsgrove, Worcestershire of England. He had a troubled youth with his parents separating when he was hardly seven years old. His mother took care of him and his sister Gemma in the town of Holmes Chapel in Cheshire.

Harry Styles was educated at Holmes Chapel Comprehensive School. He was the founder member of the boy band White Eskimo in the school. The group had three more members, and the band became famous after winning the band competition in the classroom. During his school days, Styles took up a part-time job in Mandeville Bakery in the town.

Harry Styles started his journey to fame by competing in the Television show, The X Factor at the age of 16 in the year 2010. He sang Stevie Wonder’s “Isn’t She Lovely” and Oasis’ “Stop Crying Your Heart Out” in the competition. Though he failed to reach the finals of the game, luck smiled on him when the judges gave him another chance. They included him in a group along with Liam Payne, Zayn Malik, Louis Tomlinson and Niall Horan.

Styles named the group like One Direction, and the team completed the competition the X Factor. They came third in the game but got an offer from Cowell’s Syco music.

The band One Direction was a quintet till 2015 when Zayn Malik decided to break away.

Harry Styles has a pleasing but impish personality which attracts his fans. His flirtatious behavior has led to many amorous alliances. At the age of 18, he was invited to Caroline Flack, 32 who was an anchor for the television show The Xtra Factor. This led to a lot of gossip in the press and among his fan following.

After the end of the relationship with Flack in January 2012, Harry Styles was involved in romantic relationships with various models and singers such as Emma Ostilly, Cara Delevingne, Lily Halpern and Rita Ora, and photographer Sarah-Louise Colivet. He had a short relationship with famous pop star Taylor Swift for two months in 2012. His relationship with Kendall Jenner ended in 2014. His other affair was with Nadine Leopold.