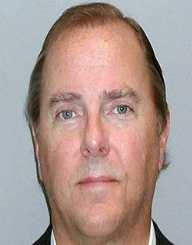 Jeffrey Keith Skilling is a former American Businessman and CEO of the Enron Corporation during the infamous Enron Scandal. He was convicted of felony charges about Enron’s downfall and as of 2018, is serving a prison sentence in Montgomery, Alabama.

Jeffrey Skilling was born on November 25, 1953, in Pittsburgh, Pennsylvania. Born to Thomas Ethelbert and Betty, Skilling was the second born in a family of four children. His father worked as a sales manager at an Illinois based company. Tom Skilling, his elder brother, became chief meteorologist at WGN-TV in later years. Jeffrey was brought up in New Jersey and Illinois.

Jeffrey Skilling went to West Aurora High School in Illinois. He was already working at WLXT, a television station in Aurora at a tender age of 16. His academic prowess earned him a full scholarship to Southern Methodist University in Dallas, Texas upon graduating from high school.

He studied Applied Science at the university and graduated in 1975. He worked for a Houston bank after graduation and his employers sent him to Harvard Business School. In 1979, he earned his MBA from the institution. He graduated as a Baker Scholar since he was one of the brightest students in his class.

After graduating from Harvard Business School, Jeffrey Skilling worked as a consultant at McKinsey and Company. He was under the energy and chemical consulting practices department. He later rose to become one of the youngest partners in the history of the company.

While working at McKinsey and Company, Jeffrey Skilling received an opportunity to work on a project for Enron in 1990. His skills impressed the then CEO and Chairman of the Company, Kenneth Lay who in turn named him the chairman and chief executive officer of Enron Finance Corporation. In 1991, Skilling became the chairman of the Enron Gas Services Company.

In 1997, he got a promotion to become the president and chief operating officer, making him the second most powerful individual in the corporation. In that position, Skilling adopted an aggressive investment strategy which saw Enron become the biggest wholesaler of gas and electricity in the US. Ironically, he replaced Lay as the CEO of the company in 2001. In this capacity, Skilling received $132 million in a single year.

The downfall of the Company

The California electricity crisis in 2001 hampered the progress of the company. On August 14, 2001, Jeffrey Skilling resigned from his post as the Company’s CEO, citing personal reasons. Lay was again recalled to resume the role. Following his resignation, the company went down drastically.

The company’s stocks had hit an all-time low by August, and they were as low as $15 by October. There were accusations that Skilling had sold almost $60 million of his stake. Allegations of insider trading, false display of audits, and laundering damaged the company’s reputation forever. The company started plumping in November and in December the same year, it declared bankruptcy.

This was the biggest bankruptcy in the US history with 20000 people losing their jobs and life savings while many investors lost millions of dollars. What a shame was it from being the most successful company in the US to the sudden, abject bankruptcy?

In 2006, Jeffrey Skilling and Kenneth were convicted of fraud, conspiracy, and insider trading. Other individuals who were indirectly associated with the crime escaped imprisonment after paying hefty fines. 35 accusations involving various fraudulent activities were laid against Skilling.

On February 19, 2006, he surrendered to the FBI and pleaded not guilty to all the charges. The argument was that Skilling knew about the looming bankruptcy of the company before its downfall. His decision to sell $60 million of his stakes too was questionable as it showed that he had information about the company’s looming destruction.

On January 30, 2006, the trial began in Houston despite Jeffrey Skilling's persistent requests to conduct it elsewhere. He was adamant the trial would not be fair if held in Houston, the home to Enron catastrophe. Nonetheless, the court rejected his plea. Mark Skilling, Jeffrey’s younger brother and attorney, assisted his chief lawyer Daniel Petrocelli during the criminal proceedings.

On May 25, 2006, he was found guilty of insider funding, conspiracy, securities fraud, and false audits and on 23 October the same year, he was imprisoned for 24 years and four months. Besides, he was fined $45 million. His conviction was regarded as one of the harshest in the history of white-collar crimes.

Judge Patrick Higginbotham ordered his immediate imprisonment thereby thwarting his request to remain free during his appeals to higher courts. His sentence formally commenced On December 13, 2006. His counterpart, Kenneth Lay, died of heart attack in 2006 before beginning his sentence. Skilling was transferred to a low-security jail near Littleton on October 30, 2008.

In 2009, two arguments were presented to the Supreme Court. The first one stated that Jeffrey Skilling never intended to profit himself from the company and secondly, false evidence was used against him. The court came up with an unchanged verdict two years later despite listening to the arguments above.

Jeffrey decided to appeal to the Supreme Court to challenge the judgment, but he was denied certiorari. In 2013, the federal prosecutors announced that Skilling’s sentence had been reduced by ten years. The US District Court judge, Sim Lake, approved the announcement in the same year. He would now be released in 2017. However, he was never freed in 2017 as stated earlier and instead; it was pushed to February 21, 2019.

Jeffrey Skilling's first marriage ended in divorce in 199 7.They had a daughter and two sons from this marriage. On February 3, 2011, his youngest son, John Taylor “JT” Skilling died of drug overdose, aged 20 years. Jeffrey was serving his sentence at the time of his death. He later married Rebecca Carter, a former Enron executive in March 2002.

The minimum security Federal Prison Camp is currently the new home to Skilling. His initial release date was in 2028 but he is now scheduled for release on February 21, 2019, thanks to the deal he struck with the federal prosecutors in 2013.