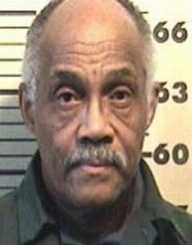 Talmadge Hayer? was an African American member of the Nation of Islam. He spent forty-five years in jail for the assassination of Malcolm X.

Talmadge Hayer was born on March 16, 1941. He was also known as Thomas Hagan and his adopted Islamic name Mujahid Abdul Halim. Like most African Americans of his generation, Hayer joined the Chicago formation of the Nation of Islam founded by Elijah Muhammad.

As a young member of the Nation of Islam or NOI, Hayer was an active member of the Fruits of Islam. This was the security detail tasked to protect officials of the nation. IT was feared for its paramilitary activities within Chicago and across the US. Apart from two incidences, Hayer had a minimal criminal background. He was in police custody in 1961 for unbecoming conduct in public. Three years later, he was apprehended by the police for possessing stolen guns.

Although most people put the blame on the head of the Nation of Islam, Hayer swore in an affidavit to be the sole executor of the plan to kill Malcolm X. On February 20, 1965, Hayer and his friends visited the venue of the upcoming speech by Malcolm the following day. They conceived an elaborate plot to kill the speaker.

On February 21, 1965, people gathered in the Audubon Auditorium in Manhattan New York. Hayer sat at the front with a shotgun as agreed. His alibis sat at the back in vantage positions. The main speaker Malcolm X entered the hall and began his speech. Shortly after, two young men started a commotion at the back of the hall. The security detail at the hall drew back to contain the situation. The first killer shot at Malcolm using his shotgun in the chest. As Malcolm fell to the ground, Hayer and another compatriot jumped onto the dais and emptied their weapons on Malcolm X.

Malcolm received 15 bullets in his chest. He was rushed to the Columbia Presbyterian Hospital. Malcolm X was pronounced dead by the medics on arrival at the institution. As Malcolm was being rushed to the hospital, his supporters at the auditorium launched a revenge counterattack on the assailants. Hayer was shot in the leg. He was taken in by the police. Four young men participated in the assassination of Malcolm X. Of the four, only Hayer was arrested and convicted. Two other men were arrested and convicted. These were Norman Butler aka Muhammad Abdul Aziz and Thomas Johnson aka Khalil Islam.

Hayer issued a confession that the two co-convicts did were not part of the group. He named Leon David and another Nation of Islam member Wilbur McKinley as being part of the conspiracy. Hayer who was 22 years in 1965 was sentenced to life in prison in 1966, together with the other two. He was paroled and released 40 years later.

In prison, Hayer pursued education and earned his first degree. He then sat for a master degree and passed. Hayer showed exemplary good behavior after starting his college degree. He applied a total; of seventeen times for parole. He was turned down sixteen times. On the seventeenth time, the justice system granted him parole after 45 years in incarceration. The other two convicts Butler and Johnson were released on parole in 1985 and 1987 respectively. This was majorly due to Hayer’s confession of their innocence.

As part of the progressive parole program, Hayer was allowed to work outside the prison for five days in a week. He reported for two scheduled days of a week at the Manhattan security prison. He did community work at the Crown Heights Youth Collective. He rendered counseling services for the homeless in a center in Wards Island in New York.

Hayer has many times confessed his remorse for shooting Malcolm X. He left the Nation of Islam formation, but still professes Islam as his religion. Hayer now preaches enlightenment from the radicalization of the Muslim youth in the US.

Hayer took all the responsibility for the death of Malcolm X. He confessed to the police that he planned and killed Malcolm for his constant criticism of Nation of Islam and its leader Elijah Muhammad. Insiders privy with operations in Nation of Islam confess nothing of the magnitude could be done without the knowledge of its leader.

Hayer is still seen as the sacrificial lamb for the action of other high ranking officials of the Nation of Islam in Chicago. Most of Malcolm’s followers still believe that Elijah Muhammad ordered the killing.

Hayer assassinated Malcolm X in 1965. The killing propelled Malcolm into a near cult figure in the league of Ernesto Guevara. Several films and books have sought to unravel the life and death of Malcolm X. Hayer added another controversy in the killing of Malcolm X, to the already controversial life of the African American icon.