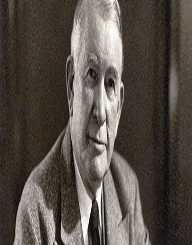 US Democrat politician Alben W Barkley was born on the 24 November 1877 in Graves County, Kentucky. He was the eldest son of John Wilson and Electa Eliza Smith, and he had seven siblings. His parents were tobacco farmers

Alben W Barkley graduated from Marvin College, a Methodist school in Clinton, Kentucky in 1897 with a BA degree. Afterwards, he studied at Emory College, Oxford, Georgia and the University of Virginia Law School, Charlottesville, Virginia.

Alben W Barkley was admitted to the bar in 1901 and initially practiced law in Paducah, McCracken County Kentucky. He was the prosecuting attorney for McCracken County from 1905 until 1909 and a county court judge from 1909 until 1913.

In 1948 Alben W Barkley was elected Vice President of the United States on a Democratic ticket with President Harry S Truman. He was inaugurated on the 20 January 1949 and was reelected to the US Senate serving from the 3 January 1955 until his death on the 30 April 1956.

His grandson gave him the nickname was Veep, a play on his title of Vice-President, which stuck when the media picked it up and used it.

Alben W Barkley was raised in a Presbyterian family, and his father was a church elder but converted to the Methodist faith during his college years.