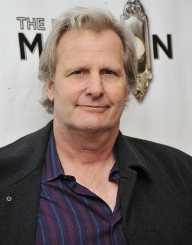 Jeff Daniels was born on February 19th, 1955. His place of birth was in Athens, Georgia. Throughout his professional career, Daniels has featured in the film industry, in theatres, and on TV. In all areas, he has played an important role in one way or another which contributed to his popularity. His notable roles are in the films Dumb and Dumber, Howl and The Crossing. He also featured in the 2012 HBO series The Newsroom.

Born on February 19th, 1955 Jeffrey Warren Daniels rose to become a famed American actor, musician, and a playwright. His father was called Robert Lee Daniels while his mother was named Marjorie J. He was brought up in a well-off family as his father was successful in the lumber business. Politically, he was also the mayor of Chelsea at some point. After being born in Georgia, Daniels and his family migrated weeks later to settle in Michigan.
When Daniels went to the Central Michigan University, he showed interest in theatre works as he was part of the school’s program in this field. In 1976, he went to Eastern Michigan University where he could participate in the school's repertory program. This gave him the advantage of making his first on-stage appearance during the same year. He later went on to perform Fifth of July, a production done by Lanford Wilson.

Jeff Daniels’s film career took off in 1981 with his role in Ragtime. He was one of the casts playing the role of P.C. O'Donnell. It did not take time before Daniels featured in an Oscar-winning film Terms of Endearment – 1983. Two years later, he played the lead role in The Purple Rose of Cairo – 1985. This film gained him recognition as he was listed as part of the Golden Globe nominees. The movie also marked his first cast as a lead actor in the film industry. A year later in 1986, he also featured in Something Wild while starring alongside Melanie Griffith. The film was also highly acclaimed as it went on to earn him another Golden Globe nomination. Other films that he featured in during the late 80s are Heartburn -1986, Sweet Hearts Dance- 1988, and Checking Out -1989.

Just like the 80s, Daniels’s career in the film industry during the 90s was associated with success. He began the decade with his role in Arachnophobia – 1990. Several films followed around this time with the likes of Love Hurts -1991, Timescape -1992, and Gettysburg -1993. The latter film earned him several awards.

His highly acclaimed role in Dumb and Dumber also turned Hollywood’s attention to him. This was a comedy film where Daniels starred with Jim Carey. The film was a commercial success as it sold approximately $250 globally.

While making hits in the film industry, Jeff Daniels was also busy in his TV career. During the 80s, he featured in the TV series Breaking Away and Hawaii Five-O. He also played an important role in Saturday Night Live as a host in 1991. He also became a host for the show in 1995. His most recent TV roles are in The Newsroom -2012 to 2014 and in Godless – 2017.

Jeff Daniels tied the knot with Kathleen Rosemary Treado, his college sweetheart in 1979. The two had three children in their marriage namely Nellie, Lucas, and Benjamin.