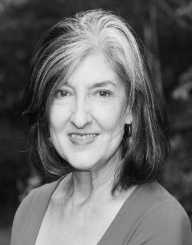 Barbara Kingsolver was born on April 8, 1955, in Annapolis, Maryland. She grew up in the rural Carlisle in Kentucky. Her father was a physician, and when she was seven years old, the family traveled to Leopoldville, Congo. Kingsolver graduated high school and enrolled at the DePauw University in Greencastle, Indiana. She studied classic piano on a music scholarship, but changed her major to biology, after realizing that there might be no job for her as a pianist. In 1977, she graduated with a Bachelor of Science and moved to France.

After a year in France, Kingsolver settled in Tucson, Arizona. In 1980, she began studying at the University of Arizona and earned a master’s degree in ecology and evolutionary biology.

Kingsolver began her career as a science writer for the university in the 1980s. She focused on scientific articles at first but later moved on to freelance featured writing, many of which were published in Tucson Weekly. She contested in a local newspaper fiction writing contest and won, thus starting out her career as a fiction writer.

Her first novel, The Bean Trees was published in 1988. She wrote the book while she was pregnant with her first child. Her next book, Homeland and Other Stories was published in 1990. Sequel to her first book named Pigs in Heaven came out in 1993. One of her most famous books The Poisonwood Bible was published in 1998 and tells the story of a wife and daughters of a Baptist missionary in Africa. In 2000, she published the Prodigal Summer. Her most recent novel was the 2012 Flight Behavior.

Kingsolver has also published two essay collections, High Tide in Tucson in 1995 and Small Wonder in 2003. Her poetry collection Another America came out in 1998. Kingsolver’s most famous non-fiction works was 1990 Holding the Line: Women in the Great Arizona Mine Strike of 1983. In 2007, she published her description of eating locally named Animal, Vegetable, Miracle.

In 1985, Kingsolver married Joseph Hoffmann. The couple had one daughter, Camille in 1987. During the First Gulf War, she and her daughter moved to the Canary Islands. In 1992, she returned to the United States and separated from her husband. In 1994, Kingsolver was awarded the Honorary Doctorate of Letters from DePauw University. She married Steven Hopp the same year and had a daughter Lily in 1996. In 2005, she and her family embarked on a challenge to spend a year eating food produced as locally as possible. They grew much of their food and obtained the rest from local farmers. She wrote Animal, Vegetable, Miracle about her experience.

In the 1990s, Kingsolver became one of the founding members of the Rock Bottom Remainders-rock and roll band made up of published writers. Throughout her career, Kingsolver has received several awards and honors. In 2000, she was awarded the National Humanities Medal by President Bill Clinton. The Poisonwood Bible was shortlisted for Pulitzer Prize and won the National Book Prize of South Africa. She also won the James Beard Award and the Los Angeles Times Book Prize, as well as the Physicians for Social Responsibility National Award.