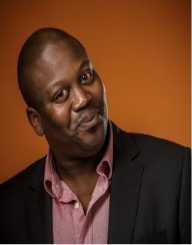 Tituss Burgess is a four-time Emmy nominated actor who is also noted for his singing skills. He rose to fame by playing the role of a closeted gay black actor in the Netflix comedy Unbreakable Kimmy Schmidt.

Burgess was raised in Athens, Georgia and got his Bachelors in music from the University of Georgia. When he was eight, he saw a Stephen Sondheim musical on TV and was bitten by the theatre bug. He has been a household name in the Broadway circuit for some time now, appearing in some of the biggest hits like Jersey Boys, Guys and Dolls and The Little Mermaid.

In the musical The Little Mermaid, Burgess portrayed the role of ‘Sebastien the Crab’. Nine years later in 2016, he reprised the role for the Hollywood Bowl Concert event in the same musical. His Broadway debut was in the musical Good Vibrations in 2005. In the Guys and Dolls, which has had many such revivals since its premiere in 1950, Burgess played the role of Nicely-Nicely Johnson, a character which was traditionally played by a white actor. In 2015, he again did something similar by enacting the role of The Witch, usually played by a female protagonist, in DreamCatcher Theatre’s musical Into the Woods. He has also dabbled in regional theatrical productions with notable works including The Wiz and Jesus Christ Superstar.

After appearing on two episodes of the web show The Battery’s Down, Burgess guest starred on NBC’s hit farcical sitcom 30 Rock in 2011. He played a hairdresser named D’Fwan. He appeared in seasons five and six.

Burgess’ biggest role of his career so far came in the 2015 Netflix production Unbreakable Kimmy Schmidt. Burgess got the main role of Titus Andromedon and became a hot sensation immediately. Till date, he has been nominated for four Primetime Emmy Awards, two Critics Choice Television Awards and one Screen Actors Guild Award.

Tina Fey, who is the co-creator of the show is also the mastermind behind 30 Rock. In a Q&A session, she revealed that she and her co-creator of the show Robert Carlock were so impressed by Burgess’ performance on 30 Rock, that they actually wrote the role of Titus Andromedon keeping him in mind. That explains the similarity in the first name.

Titus has lent his voice in The Angry Birds Movie and Smurfs: The Lost Village. He had a small role in the 2016 action comedy film Catfight. In 2019, he will see be seen alongside Eddie Murphy in the biographical drama Dolemite Is My Name.