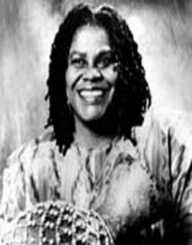 On October 4 in 1942 Bernice Johnson Reagon was born in Georgia, Near Albany to Reverend Jessie Johnson and Beatrice. She joined Civil Rights Movement in the 1960s where he rose to fame with her political song. In the process, she received high acclaims that gave her chance to contribute to other works including being a professor.

Bernice was a bright student who joined Albany State College. She was then expelled due to demonstrations where she enrolled at Spelman College in Georgia. But she dropped out in the middle and opted to join a fundraising group called Freedom Singers. Early in 1965, she utilized her singing talent when she started to record her first solo album. The song was named as the Folk Song. She then founded Harambee Singers in Atlanta, Georgia. The group entered into force when Black Consciousness Movement was formed. In 1967 Bernice went to her previous college where she graduated with a degree in 1970.

Before receiving a Ford Foundation Fellowship, Johnson joined Howard University in Washington D.C. It was here that she served under DC Black Repertory Theatre as a vocal director. She then founded an African-American acapella group that was known as Sweet Honey in the Rock. Bernice Johnson received her Ph.D. in 1975.

Bernice’s work appeared in films, radio and televisions. From this time onwards she became a notable persona. She became more successful when she created an African Sacred Tradition Music that was aired in 1994. It is here that she received Peabody Award.

In 1987 Reagon partnered with other producers where they created Eyes on the Prize series. She then worked on a series in 1998 that was titled as America’s Journey through Slavery. Afterward, she composed music such as We Shall Overcome in 2006.

Beside her successful music career, Bernice was also known as a passionate scholar and teacher. She served as a professor at American University in Washington. She also acted as a curator at Smithsonian’s National Museum of America History. From 2002 to 2004 Bernice chaired the Fine Arts at Spelman College.

Bernice works were recognized where she garnered over five awards. From 1989 to 2003 she received prestigious recognition such as MacArthur Fellowship, The Leeway Laurel Award as well as the Heinz Award for the Humanities and Arts in 2003.

Early in 1963, Bernice Reagon married her longtime partner Cordell Reagon. The couple was blessed with a daughter called Toshi in 1963 and a son named, Kwan Tauna in 1964.The couple parted ways in 1967. She currently lives in Washington where she continues to teach, document as well as create the African-American music. Her compositions help in assuring that she has given voice to the oppressed.