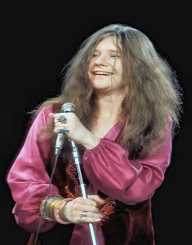 Janis Joplin is one of the most influential legends of rock and roll. Born and raised in a small town, Joplin made several attempts to break free from that lifestyle. Known as the first lady of rock ‘n’ roll, Joplin broke stereotypes for female singers across genres. She was known for her fiery performances. However, she suffered from substance abuse addictions. This took her life on October 4, 1970, in Los Angeles due to an accidental heroin overdose. Joplin’s posthumous album, Pearl, went quadruple platinum and cemented her legacy as one of rock and roll’s most celebrated singers and performers.

On January 19, 1943, one of the legends of rock music, Janis Joplin was born. Joplin grew up inside of a small town in Texas known for its skyline that consisted of oil tanks and refineries. She had a passion for music at a young age. Growing up in Port Arthur, Texas, Joplin used to sing in a church choir. Joplin is the oldest of three siblings. She was a great student and fit in well. However, at the age of 14, Joplin’s style began to change.

Janis Joplin decided to rebel against the social norms for women. She wore men’s shirts and short skirts or tights. This led to many bullying her. Joplin was known as a pig and sexually promiscuous. Joplin eventually found some guys that shared her passion for music. In her teens, Joplin was strongly influenced by artists Lead Belly, Bessie Smith, and Big Mama Thornton.

Although Joplin was a self-proclaimed misfit, she did find a way to pursue her interests. She played folk music and painted. Joplin went on to attend college for a short time in Beaumont and Austin. However, she dropped out to pursue a music career. In 1963, Joplin decided to move to San Francisco.

Joplin’s group went to a lot of the bars inside of the town of Vinton, LA. This helped create her a reputation of a girl who loved to drink and talked tough. While in Austin, Joplin performed at casual musical gatherings on campus. Janis Joplin ended up in the famous Haight Ashbury neighborhood in San Francisco where she met up with guitarist Jorma Kaukonen. They went on to record a few songs with his wife, laying the basis for what later was known as the Typewriter Tapes bootleg.

Janis Joplin failed in San Francisco to gain ground as a singer. She went to New York City for a period in hopes of getting her career off. However, drinking and drug use started to dominate her life. She was using amphetamines and several other drugs that hurt her musical dreams. In 1965, she left home to get herself together. Joplin temporarily went back to Texas, but she could not resist the urge to move back to California in 1966. She joined a psychedelic-rock band named Big Brother and the Holding Company. During the audition, Joplin’s vocals blew the band away. The band proliferated due to high-profile shows and a solid fan base.

Although the band was seeing a lot of success, it was mainly for Joplin’s vocals. A lot of the times, Joplin was under the influence of heroin, amphetamines, and bourbon. Her sexual life and gutsy sound astonished audiences around the world. The focus caused tension inside of the band. They signed with Columbia Records. This led to their first major release in 1967. The band's popularity centered on Joplin’s presence and appearance. Filmmaker D.A. Pennebaker was able to capture Joplin singing at the Monterey Pop Festival singing “Ball and Chain.”

The band’s single “Piece of My Heart” was able to reach to the number one song on the charts. Their Cheap Thrills LP sold over a million copies in one month. Joplin skyrocketed into a superstar due to her electrifying performances. She appeared on The Dick Cavett Show. She also earned praise for her fiery, intensifying performances from Time and Vogue magazines.

Janis Joplin decided to go solo. The last time she performed with Big Brother was in December 1968. Joplin went solo and released “I Got Dem Ol’ Kozmic Blues Again Mama!” which reached gold status. She also performed at the legendary Woodstock Festival in 1969.

In 1970, Janis Joplin joined the Grateful Dead and several hit artists for the Festival Express railroad tour in Canada. Janis Joplin’s last studio album, Pearl, showed that Joplin had mastered almost every popular genre there was. Not only did she succeed in rock, but she was superb in folk, country, blues, and several other styles. The stress of trying to make it in a male dominated industry put a lot of pressure on Joplin. She stressed that it was important for people to accept her in an interview with Howard Smith on September 30, 1970. This was her last interview.

Joplin tragically passed away four days later. The record was released posthumously in 1971. The album became quadruple-platinum and was ranked as #122 on the Rolling Stone’s “500 Greatest Albums of All Time.”

Janis Joplin died on October 4, 1970, from an accidental heroin overdose inside of the Landmark Hotel in Hollywood. Her struggle with substance abuse finally caught up with her. Even with her tragic death, Joplin continued to attract new audiences. In some ways, Joplin became more famous after her death. Her posthumous work went on to be her best-selling work of all time. There have also been several movies, books, and documentaries written about the rock legend.

Janis Joplin’s revolutionary performances and albums made her into a legendary rock icon for years to come. She inspired several musicians and changed the perception of female rock stars. In 1988, a memorial was opened up in Port Arthur to honor the legacy of Joplin. Her presence, style, and intensity allowed opened the door for several iconic female singers to dominate the genre of rock and roll.

Joplin was also known for her sudden death in 1970. Her record, Pearl, went on to be one of the greatest rock albums of all time although she never saw any of the success. Joplin inspired audiences before and after her death. She became known as the First Lady of Rock ‘N’ Roll. If it was not for Joplin, rock music and men might still dominate several other genres. Before her, the only successful female singers had gentle voices. She was the first one to break stereotypes and barriers for women inside of music.

In 1972, Janis Joplin was nominated for Best Female Pop Vocal Performance for “Me and Bobby McGee.” Joplin was inducted into the Rock and Roll Hall of Fame in 1995. She also received a lifetime achievement award at the 2005 Grammy’s. On November 4, 2013, Janis Joplin received a star on the Hollywood Walk of Fame.

Cheap Thrills was a double multi-platinum album. Pearl went quadruple multi-platinum. The song “I Got Dem Ol’ Kozmic Blues Again Mama!” went platinum as well. Joplin also had several songs make the US Hot 100 and the US Top 200.