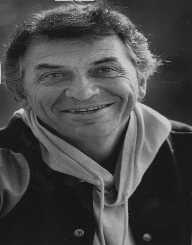 Bill Graham is credited as one of the best rock music promoters in the United States. He was a hard-working man with excellent business skills. By this, he created a successful era in the rock music world.

Bill Graham was born Wulf Wolodia Grajonca in Berlin, Germany on January 8, 1931. Later he changed his name after migrating to the United States. He was the only son to his parents, who were Russian Jewish migrants. His father died two days after Bill was born. Thus, he was raised by his mother and his five sisters.  Bill and his sister Tanya were sent to an orphanage to avoid the Jewish persecution. The Berlin orphanage then sent them to France.

After the Germans took France in the Second World War, Bill Graham was shipped to the United States. He was among thousands of mainly Jewish children who fled Nazi Europe. His mother and many others remained in Germany. She died in the Auschwitz camp. In the United States, he found a foster family in the Bronx, New York. He then changed his name to Bill Graham, to avoid the ridicule of his German roots.

He enrolled and graduated from DeWitt Clinton High School. He later got a business degree from City College. He joined the army and fought in the Korean War.

When the Korean War ended, Bill Graham came back to New York. He worked as a waiter in a casino and as an actor. Later, he moved to California to join his sister Rita. He continued his acting career as the manager of a local theater group. The group was shut down and its leader arrested.

Bill successfully organized a concert to raise funds for the legal case. He now saw an opportunity in the promotion business. He teamed up with Chet Helms and Family Dog. Their project concerts promoted ideological networking from all works of life. Issues like peace and civil rights were broadly discussed at these concerts.

Having done all his concerts in rented spaces, Bill Graham sought to have a permanent place. He then teamed up with Charles Sullivan, the owner of California's Fillmore Auditorium in 1965. He used the auditorium’s music license to launch his music promotion concerts.

Having established himself in California, Bill returned to New York in 1965. He renovated an old unused theater, to start the Fillmore East. In New York, he continued to promote concerts for the best bands of the time. In 1971, he decided to close the two Fillmore venues and take a break from business. He then returned to promoting rock bands in California and Arizona.

Bill Graham also founded the Winterland Productions in 1975. This was a company selling t-shirts for rock musicians. Here, rock musicians could get paid royalties from the t-shirts sold. He continued promoting tours with bands including the Eagles, Dreadful Dead, Led Zeppelin, Rolling Stones, and others.

In the US, Bill Graham was joined by his sisters. These were Rita, Esther, and Sonia. He got married to Bonnie Maclean and had a son named David. Bill and Bonnie later divorced. He also had a son, Alex, from another woman.

In his private life, he fought for the recognition of the rights of Holocaust survivors. He led protests against the visit of President Reagan’s visit to the Bit burg Cemetery. The President was scheduled to lay a wreath at the cemetery, where Nazi soldiers are buried. Bill was also a very devout Jewish man. He involved himself with many activities of the Jewish community around him. He also helped in erecting a Menorah in San Francisco, California. This was to celebrate the city’s diverse cultural heritage.

As a child, he dreamt of becoming an actor. Though he never had an acting career, he featured in some roles. Notable roles are in Bugsy and Garden of Stones.

Apart from being a successful businessman, Bill Graham was also a caring person. In 1985, he organized a music concert in Philadelphia, Pennsylvania. Its mission was to help fight hunger and poverty in Africa. The show raised over 45 million US dollars. He also raised concerts to celebrate 25 years of Amnesty International existence. Amnesty International is a human rights organization. He supported victims of the earthquake in the Bay Area. Bill mobilized a 60,000 crowd to welcome Nelson Mandela during his visit to the US.

During the concert performances, medical staff would be available. Bill would partner with local clinic staff to provide medical attention to team and fans. He did this without charging any fees. He also financially funded free medical clinics such as St. Mark’s clinic in New York.

In his life, Bill Graham had great achievements. He managed to raise a platform for rock music in the US. He created a stable income for rock musicians by establishing the Winterland Productions. So musicians would not depend solely on performances for income. Selling of merchandises would also give them income support.

Bill addressed social injustices and discrimination. He brought different communities and their music groups together. This helped in bridging the social gaps which defined the local communities then. This helped establish careers of musicians whom other promoters shunned.

Bill Graham worked closely with human and civil rights groups. The San Francisco Auditorium was also renamed Bill Graham Auditorium in his honor. He was inducted in the rock and Roll Hall of Fame.

Bill Graham's acquisition of the Fillmore Auditorium cast a shadow on him. The unsolved murder of his partner Charles Sullivan had many unanswered questions. He stifled competition by acquiring most of the concert promoting rights. From large auditorium theaters to college halls, he took every license. This denied any upcoming promoters a chance to showcase their talent.

Bill Graham died in a plane crash on October 25, 1991. His helicopter exploded killing all crew on board. He was returning home from a show in East Bay. He had attended a meeting on how to raise funds for the victims of a natural disaster in Oakland. After his death, a free concert was organized in his memory. An estimated half a million people were in attendance.

Bill Graham was a great man in human history because of the great positive impact he had on the society. Bill’s achievements and struggles left a better place for the future generations. The present generations today can attest to the benefits of his struggles.