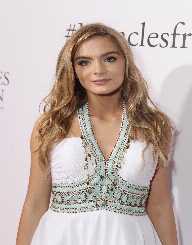 Kylie Rogers was born on February 18, 2004, in Texas, United States. She is an American actress at the tender age of thirteen. Before she was ten years old, Kylie had appeared in many films and television shows. Basically, Kylie started her acting career at the age of eight. Acting was her dream since she was very young and she has pursued her career to the best of her ability. Her hard work has brought her success and fame plus recognition by the public. Her parents enrolled her into an acting school so as to better her skills in acting. Kylie’s family later on moved to Los Angeles so as to be able to enable Kylie improve her

Kylie Rogers first appeared in the films, ‘Days of Our Life’ and ‘Horror House’ which drove many producers and directors on her way. She had the raw talent that every filmmaker wanted to tap. She received many offers, and that is when she kick-started her career fully. She featured as a guest in many television shows such as ‘Mob City’, ‘Private Eyes’ and ‘CSI: Crime Scene Investigation’ among so many other shows.

Her career bloomed to the sky when she starred in the 2015 TV Series ‘Whispers’. Kylie Rogers played Minx Lawrence in the series. The series was about children who were being taken over by aliens who came to them as imaginary friends. She played her role so well that she received acclamation and admiration from the public and critics as well. Kylie took home with her a sum of $20,000 for starring in the series.

Kylie Rogers has also starred in movies such as ‘Fathers and daughters,’ ‘Miracles from Heaven’ and ‘Space Station 76’. She has starred in a lot of movies within twelve years. Her parents are proud of her because she did not give up on her career. Her career has taken the right path, and she is most likely destined to a whole lot of success in the future if she keeps doing what she does. She is one of the child actresses who has garnered success both with the television and film industry.

She is a straightforward and ordinary girl off the screen but when she is on screen she portrays herself as a diva, and that is what producers and directors love about her. Kylie Rogers is not yet a teenager, and she has made a good name for herself while still a child. Kylie loves painting a lot. Her other hobbies when she is not on screen include; spending time with her friends and family, riding her bike, hula hooping and eating pancakes. Every child loves pancake of course.

In her career so far Kylie Rogers has appeared in sixteen movies. They include ‘Forsake Me Not,’ ‘Horror House,’ ‘Shooter,’ ‘The List,’ ‘The Gates’. Other films are ‘Listen,’ ‘Space Station 76’, ‘Mojave,’ Lifted,’ ‘Finders Keepers’, ‘Lifted’ and ‘Miracles from Heaven.’  She has also appeared in series such as ‘The Whispers,’ ‘Days of Our Life,’ ‘Once Upon a Time in Wonderland’ and ‘Chicago P.D’ among other series. In total, she has appeared in eight series since she started acting.

Not much of Kylie Rogers's personal life is in public but, she comes from a family that loves her so much. She has siblings with whom she was brought up with. She started acting at the tender age of eight, and since then she has not looked back. Her roles in movies and series have been much acclaimed and admired by the public. She is among the best child actresses in the United States.