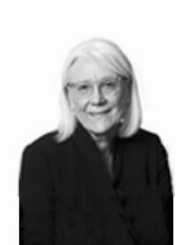 Laila Ligita Freivalds was born in Riga, Reichskommisariat Ostland in Latvia on June 22, 1942. Her family fled to Sweden during Second World War, escaping her country. Laila Freivalds grew and completed primary and secondary school as a Swedish national. Laila Freivalds graduated from Uppsala University of Law with a Law degree in 1970.
Laila started working in the Swedish Court System in a different position after graduation until 1976. Freivalds got her first senior post within the Swedish consumer Agency in 1976. Laila carried on for the subsequent twelve years keeping the leadership roles.

Laila Freivalds was assigned as the Minister for Justice in 1988. It is a post she held until 2000 with interruptions. Laila temporarily relinquished her position between 1991 and 1994. At this time, her party was in the opposition.

Laila Freivalds steps down from her position in 2000 during a scandal in her career. Freivalds had gotten into a negative hype for her handling of a housing tenure Law. The dispute was centered on her attempt to change her tenancy into a condominium. This is directly against the housing tenure law. Laila then attempted to extricate herself from the consequences of the law that she helped to legislate.

Laila Freivalds was appointed in 2003 as Sweden’s Minister for Foreign Affairs, regardless of the defamatory scandal in 2000. This happened when Anna Lindh was killed in a Stockholm department store.

Back At The Helm

Laila Freivalds served as the Deputy prime minister of Sweden for a short period between October and November 2004. Then Bo Ringholm came to replace her. Laila received extensive negative publicity once more because of her department’s sluggish and indifferent response to the Asian tsunami disaster. This happened in 2004 and stretched on till early 2005. During this time, the Green Party called for a vote of no confidence against her because of her failure to take action on the eve of the tsunami disaster. David Revesz, a Swedish Doctor, had been in Thailand at the time of the tsunami. He set up a petition stipulating Freivald’s resignation. This is in response to the Asian tsunami disaster.

Freivalds published a statement after the negative press and her apparent lack of response. On the statement, Laila partially accepted her ministry’s fault. Laila said that her department “ought to have reacted much more strongly as early as Boxing Day instead of waiting for more information.” Laila Freivalds was again involved in a fresh scandal on March 21, 2006. It was revealed that Laila had lied to the media to conceal her participation in shutting down a website of the Sweden Democrats. The party’s internet provider had closed down the site after publishing a controversial cartoon. In the end, the press exposed Freivalds as being a part of and had been informed about the matter.

Laila Freivalds issued a public statement that her decision to resign was full of her own will. Though the nature of her decision is not entirely known, there is some suggestion that Prime Minister Goran Persson privately advised her to do so.

Laila Freivalds served as the Minister of Home Affairs from 2003 to 2006 after Anna Lindh was assassinated. Laila is a member of the Swedish Social Democratic Party. Freivalds served as the Minister for Justice from 1994 to 2000. For one month in 2004, she served as the Deputy Prime Minister of Sweden. At the time of her tenure as Foreign Minister, Laila Freivalds stressed on the rights of all citizens, irrespective of ethnic and cultural background. Laila emphasized on Sweden’s integration policy that intended at giving equal rights and opportunities for everyone. Laila held distinctive efforts to avoid social exclusion of immigrants. In Sweden’s history, Freivalds was the second woman to hold the post as Minister of Foreign Affairs in 2003.

There was a considerable uproar when Laila Freivalds went to the theatre on December 26, 2004, the day of the Asian tsunami disaster. More than 500 Swedish nationals were killed on that disastrous event. Laila claimed that because of the holiday, she was not aware of the facts and did not watch the news on that day.

Much of Freivalds political worked was focused on fair immigration policies and national minority programs. Her particular interest in immigration may be related to her own experience, being an immigrant who came into the country from Latvia. However, Laila was known for the scandals connected with her service in the government. Laila is widely known for the disputes that indicated to her resignation from the governing positions. Freivalds’ relationship with the press has been damaged as a consequence of two separate scandals. Though each of the scandals severely strained Freivalds’ public image, she continued to hold public service positions. The former incident did not hinder her to serve as a cabinet member during Prime Minister Goran Persson’s term. Laila resigned as a result of the latter scandal. It is uncertain whether she will resume her political life or not

Laila Freivald's sexuality is very hazy. There are a lot of speculations about it and that she is apparently gay. She, however, has not come out in the open regarding this so that nothing can be said with true assurance.