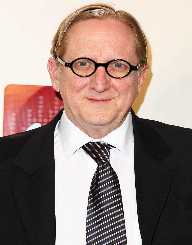 T Bone Burnett is an American singer, songwriter and record producer who has worked and collaborated with various artists in line with the music. He has won multiple Grammy Awards for his works, as well as the Satellite Award and the Frederick Loewe Award to name a few.

T Bone Burnett is currently married to his second wife Callie Khouri who he married in 2006 and has two daughters from his marriage to her. Singer-songwriter Sam Phillips was his first wife who he married back in 1989 but led to separation 15 years later in 1984. Burnett has a daughter from his marriage to Phillips and was responsible for the music production of two of her albums: Cruel Inventions and Martinis and Bikinis.

Born on January 14, 1948, as Joseph Henry “T Bone” Burnett III in St. Louis, Missouri, he was the only child Of Hazel Perkins and Henry Burnett Jr. Despite being born in St. Louis, the young Burnett grew up in Fort Worth, Texas and learned to play golf at a young age. He was a player at his local school of Paschal High School and even played for Texas Christian University course when he was seven years old.

His love for music stems from his parents’ musical preference from Duke Ellington to Louis Armstrong, Dinah Washington, and Mahalia Jackson to name a few. He is also influenced by his good friend Stephen Bruton. Around the same time, Burnett witnessed a live performance of the band The Beatles in The Ed Sullivan Show which initiated garage bands with Bruton. For his high school education, he attended Texas Christian University but didn’t finish it to pursue his career in music. He produced and wrote his first song under the name Jon T. Bone entitled Free Soul for the band Loose Ends.

Burnett as an Artist

One of the early highlights of T Bone Burnett's career is when he toured as a rhythm guitarist on Bob Dylan’s Rolling Thunder Revue tour for two years from 1975 to 1976. When the tour ended, he formed the Alpha Band alongside two of Bob Dylan’s members namely Steven Soles and David Mansfield. As a member of The Alpha Band, they produced three consecutive albums: The Alpha Band back in 1976 followed by Spark in the Dark the following year, and The Statue Makers of Hollywood in 1978.

He started his solo career as an artist at the start of the 1980s with his album Truth Decay. Reggie Fisher worked with Burnett on the production of this album, and he was also responsible for Burnett’s EP entitled Trap Door back in 1982. Some of his other albums include Proof Through the Night in 1983, The Talking Animals in 1987, The Criminal Under My Hat in 1992, The True False Identity in 2006, and Twenty Twenty – The Essential T Bone Burnett also in 2006.

Before that, he worked on The Legendary Stardust Cowboy’s hit entitled Paralyzed of which he was responsible for the drums and its production.

Burnett as a Producer

Besides being an accomplished artist, T Bone Burnett also has a number of production credits, both in film and music, under his name. He was responsible for the Los Lobos’ hit record How Will The Wolf Survive in 1984, Elvis Costello’s King of America in 1986, Alison Krauss’ Life, Death, Love and Freedom in 2008, and Elton John’s The Diving Capitol in 2015 to name a few.

In regards to film, Burnett worked alongside the Coen Brothers to produce the soundtrack of the movie The Big Lebowski in 1998 and again in 2000 for their film O Brother, Where Art Thou? His later work with the brothers earned him a number of awards, including the Grammys, Country Music Association, and the Academy of Country Music.

His other notable film success is his work on Crazy Heart wherein he composed the song The Weary Kind alongside Ryan Bingham. The song ultimately won an Academy Award, a Golden Globe, and a Grammy Award.