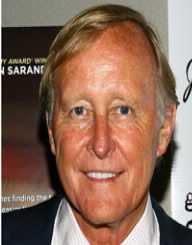 American entrepreneur and computer scientist James Henry Clark were born on the 23 March 1944 in Plainview, Texas. His father had a drinking problem and did odd jobs for money, while his mother was a doctor’s receptionist.

His parents divorced when he was young, and his mother raised her three children on a low income. Clark was a prankster as a child and also a nonconformist.

James Clark was suspended on more than one occasion at school and quit school at 15. He then joined the US Navy and was sent to sea. He spent four years in the navy and during that time he developed an interest in electronics.

When he returned to the United States, took a routine Navy math test and scored the highest in his class. Clark decided to get his high school equivalency degree and enrolled at the college where he earned a BS and MA in physics (1971) at the University of New Orleans.

From 1974 until 1978, James Clark was an assistant professor at the University of California at Santa Cruz. He moved to Stanford University as an associate professor (1979-1982).

It was at Stanford University that Clark worked at Xerox’s Palo Alto Research Center on computer images and three-dimensional graphics. In 1979, a team of graduate students under his direction, developed a computer chip that was the first to process 3-D images in real time, making it possible for users such as designers and engineers to model designs in a virtual 3-D world.

James Clark left academia in 1982 and with six of his graduate students plus funding from a Silicon Valley venture capitalist, he founded Silicon Graphics. Clark sold his remaining interest in SGI in 1994 and resigned from the company.

In 1994, James Clark founded Netscape Communications with Marc Andreessen. Netscape enabled the growth of the World Wide Web and the Internet from the mid-1990s. Netscape Navigator quickly claimed 70 percent of the browser market and a year after Netscape was established, he decided to take Netscape public.

At the time, the company initiated the IPO and Internet stock-market boom which made many people extremely wealthy with Netscape’s stock going from $6 a share to $140. Clark founded Heathscape in 1996, later changing the name to Healtheon. The company attracted investors and achieved a market capitalization of over a billion dollars. Jim Clark subsequently became the first American entrepreneur to have created three different multibillion-dollar technology companies.

SGI was sold to AOL in 1999. Healtheon merged with WebMD in 1999 and 2000, Clark resigned from the company. After the dot-com bust of 2000, Clark got involved in real estate development and formed Hyperion Development Group in Miami, Florida in 2003. Clark sits on various boards. He is also involved with CommandScape, a cyber-secure building management and automation platform that launched in 2017.

James Clark has won many awards and accolades including the Annual Gold Medal in Physics (1971) from the Research Society of America; the Computer Graphics Achievement Award (1984) and Venture Magazine Entrepreneur of the Year award (1988).

As a philanthropist, James Clark has donated millions to fund the James H. Clark Center for Biomedical Engineering at Stanford University. Along with David Filo, he donated half of $60 million to Tulane University.

James Clark contributes to the World Wide Fund for Nature and is also on the board of the national council. Clark has also donated to the Perlman Music Program.

James Clark was previously married to Nancy Rutter for fifteen years. After their divorce, he married Australian model Kristy Hinze in 2009. He has four children, two of them with Hinze.