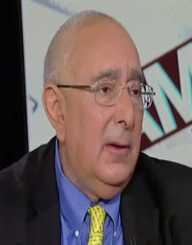 Benjamin Jeremy Stein best known as Ben Stein is an American lawyer, actor, and writer. Born on November 25, 1944, he is also a political and economic commentator and also gives financial advice to individual investors. As an astute writer, Stein once served as the speechwriter for American presidents like Richard Nixon and Gerald Ford. In 1976, Stein ventured into acting and later into comedy and best known in Ferris Bueller’s Day Off. He has also served the host of the Emmy Award-winning game.

Ben Stein was born on November 25, 1944, in Washington D.C to Mildred and Herbert Stein. His father was a presidential adviser, economist and a writer and his mother a homemaker. He had his education at the Montgomery Blair High School and graduated in 1962. He attended the same high school with future stars like actor Sylvester Stallone, journalist Carl Bernstein as well as actress Goldie Hawn. After high school, he enrolled at the Columbia University’s Columbia College where he majored in economics and graduated with honors in 1966. Whiles there, he was a member of the Alpha Delta Phi and the Philolexian Society. He later studied law at the Yale Law School and graduated in 1970.

After graduating from the law school, started practicing law as a poverty lawyer in New Haven and Washington. Later in his career, he served the Federal Trade Commission as a trial lawyer. Aside from him practicing law, he also served as a teacher of the political and social content of mass culture at the American University in Washington, D.C. Ben Stein also taught political and civil rights under the United States Constitution at the University of California, Santa Cruz and also libel law and United States securities law and ethics at the Pepperdine University in Malibu. From 1990 to 1997 he was a professor of law at the Pepperdine University Law School.

Ben Stein’s writings are based on wide range of topics including economics, politics, and investments. Ben Stein also serves as a regular columnist in the Newsmax and The American Spectator. In the 1980s and the 1990s, he provoked a conversation in the United States’ attention t his publication on the Michael Milken Drexel Burnham Lambert junk bond situation and the ethical dimensions of management buyouts. Most of such publications were done in The Wall Street Journal, New York Magazine, Penthouse, The New York Times, and the Los Angeles Magazine among others. Stein extended his writings to the Yahoo! Finance online by writing bi-weekly columns as at 2009.

Ben Stein entered into the political landscape of United States when he served as a lawyer and speechwriter for President Richard Nixon and President Gerald Ford. Though his service was described as deep throat, through a publication in Time magazine, Ben Stein vehemently denied such claims. He further accused journalist Bob Woodward of falsifying secret source information. In his defense for Nixon’s administration, he praised Nixon for ensuring the betterment of the US citizenship and policies like ending the Vietnam war and creating a better relationship with China among several other policies.

Before venturing into acting, served as Hollywood consultant. Even though Ben Stein had previously played roles in other films, he is remembered for his role as an economics teacher in the movie Ferris Bueller’s Day Off in 1986. Stein has starred and written scripts for several films. His debut film was All’s Fair in 1976 even though he was not credited for his role. He has since then played roles in Fernwood 2 Night, 1977, The Wild Life, 1984, Frankenstein General Hospital, 1988 and wrote the script for the Boost.

Ben Stein married entertainment lawyer Alexandra Denman but divorced six years into their marriage. The couple in 1977 reunited and got married again. They live in Beverly Hills and Malibu California. He is a strength against the legalization of abortion and has been involved in activisms.

Ben Stein has authored and co-authored books like On the Brink, 1978, Dreamz, 1978, The View from Sunset Boulevard: America as Brought to You By the People Who Make Television, 1979, Lude, 1982, Hollywood Days, Hollywood Nights: The Diary of a Mad Screenwriter, 1988 and A License to Steal: The Untold Story of Michael Milken and the Conspiracy to Bilk the Nation in 1992. Others include How Successful People Win: Using "Bunkhouse Logic" to Get What You Want in Life, 2006, The Real Stars: In Today's America, Who Are the True Heroes?, 2007 and How to Really Ruin Your Financial Life and Portfolio, 2012.